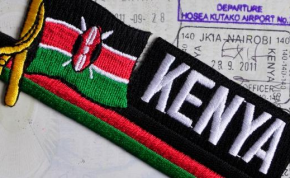 “The portal will disseminate guidelines for use by Kenyans going abroad for studies or employment and be a quick means for the Diaspora to send distress messages for urgent attention,” Deputy President William Ruto said while launching it at a Nairobi hotel. Ruto said the Kenya Diaspora web portal will also be for the registration of those abroad and a reference for investment opportunities. He lauded the Ministry of Foreign Affairs and International Trade for fast tracking the completion of the Diaspora policy to facilitate effective engagement with Kenyans living abroad. Noting that the country’s foreign policy was clear on how to fully harness the diverse skills, expertise and potential of Kenyans living abroad, Ruto assured that Kenyan in the Diaspora will be included in the national development agenda. He noted that the establishment of the African Institute for remittances (AIR) in Kenya, with the acceptance of the African Union, will be important in harnessing Diaspora resources for social and economic development in Africa. Ruto spoke about regional security at the launch of the portal. Noting that peace and stability were a priority to the government, he said Kenya will work with the Intergovernmental Agency on Development (IGAD), the East African Community, the African Union and the UN to promote sustainable peace and development on the continent.

“Kenya will continue to support peace efforts by the African union and the United Nations through contributing troops and providing leadership in peacekeeping missions within Africa and globally.” He noted that Kenya had engaged ten other countries in the region to form a standby force for capacity building in the military and police and civilian components to address security threats and challenges in the region. Ruto also launched the strategic plan for the Ministry of Foreign Affairs and International trade. The service delivery charter said Kenya has now turned its focus to international economic, trade, entrepreneurship and business engagements. Emphasizing that Kenya must take its place in making the African continent more competitive, Ruto pointed out that Kenya is now a middle income economy and the 9th largest in Africa . “Kenya must promote leadership and replace tariffs, eliminate bureaucracy and provide incentives for trade and investments in the region,” he said. Foreign Affairs CS and International Trade Ambassador Amina Mohammed said the ministry has opened new markets for Kenya’s goods and services in Asia and Africa with significant results in foreign direct investment. She announced that through a spirited diplomatic offensive, a Kenyan, Dr Josephine Ojiambo, had been appointed the next deputy secretary general of the commonwealth. *Source allafrica]]>