Substitute Vincent Aboubakar proved to be the hero as the Indomitable Lions of Cameroon fought hard to pick a 3-3 draw against Serbia on Monday, November 28, with the Al Nassr striker scoring a goal and providing an assist in the process.

It is a result that may not help both sides qualify for the next stage of the competition, but it will be the Serbians who will be wondering how they let go of a two-goal lead and crumble in the space of just about five minutes.

Cameroon took the lead against the run of play as Jean-Charles Castelletto peeled away from Andrija Zivkovic to prod home from on the goal line at the far post following a flicked-on corner from Pierre Kunde Malong.

Brought in at the 55th minute of play, Vincent Aboubakar will bring the game to 3-2 in the 63rd minute of play with an assist from Castelleto. Three minutes later, Aboubakar will turn provider for Choupo Moting as the Bayern Munich striker will wrap up a comeback for the Indomitable Lions.

“In these competitions, you have to show a desire for victory,” Aboubakar said. “My teammates played a great first half despite some small mistakes. We felt they (Serbia) were shaky and a bit tired. When I came on, I tried to make the most of it.”

The result ended a run of eight straight World Cup defeats for Cameroon, picking up their first point in the competition’s group stages since a 1-0 win over Saudi Arabia in 2002.

“Most important is to give the Cameroon people joy. What matters is the mindset and the collective spirit, and in that regard, we played a great game.”

This was the first meeting between Cameroon and Serbia in all competitions since a 4-3 friendly win for the Serbs in June 2010 – and both sides could ill-afford another defeat after losing their opening Group G games.

“At that stage, we had absolute control of the match,” Stojkovic said. “But we were not smart enough to see out the match. We created a lot of opportunities and scored three goals, but couldn’t finish it off.”

Onana asked to be left out – Rigobert Song

Before this game, there was news of Cameroon goalkeeper Andre Onana being sanctioned for his “indiscipline” which made him sit out the game against Serbia. In his post match press conference, Coach Rigobert Song said: “He is an important player but we are in a difficult tournament,” Song said. “I know what I have to do, and that is to ensure that the team takes precedence over any individuals.’

“Andre wanted to step out (of the squad) and we accepted that position. In a squad, discipline is important.”

Song added: “That is part of our DNA as Cameroon footballers and it was maybe what was missing in the first match (against Switzerland). What was important was to show that great fighting spirit and determination. We reacted as well as we could (at 3-1 down) to get back into the match. We are progressing and improving.”

“It is possible to beat Brazil. We believe in ourselves; we did not come here to just go through the motions. Cameroon still has a contribution to make to this tournament.”

The Indomitable Lions knew they needed to win to have a realistic chance of qualification given they face Brazil in the final group game at Stadium 974 on Friday, kick-off at 7 pm. Serbia is better placed to reach the round of 16 as they now face a straight shootout with Switzerland at the Lusail Iconic Stadium, also on Friday at 7 pm.

This is the second time Serbia has failed to win a World Cup match despite having a two-goal lead (also 2-3 vs Côte d’Ivoire in 2006), becoming the fourth side to have done so in more than one match in the competition (also England, Sweden and USSR). 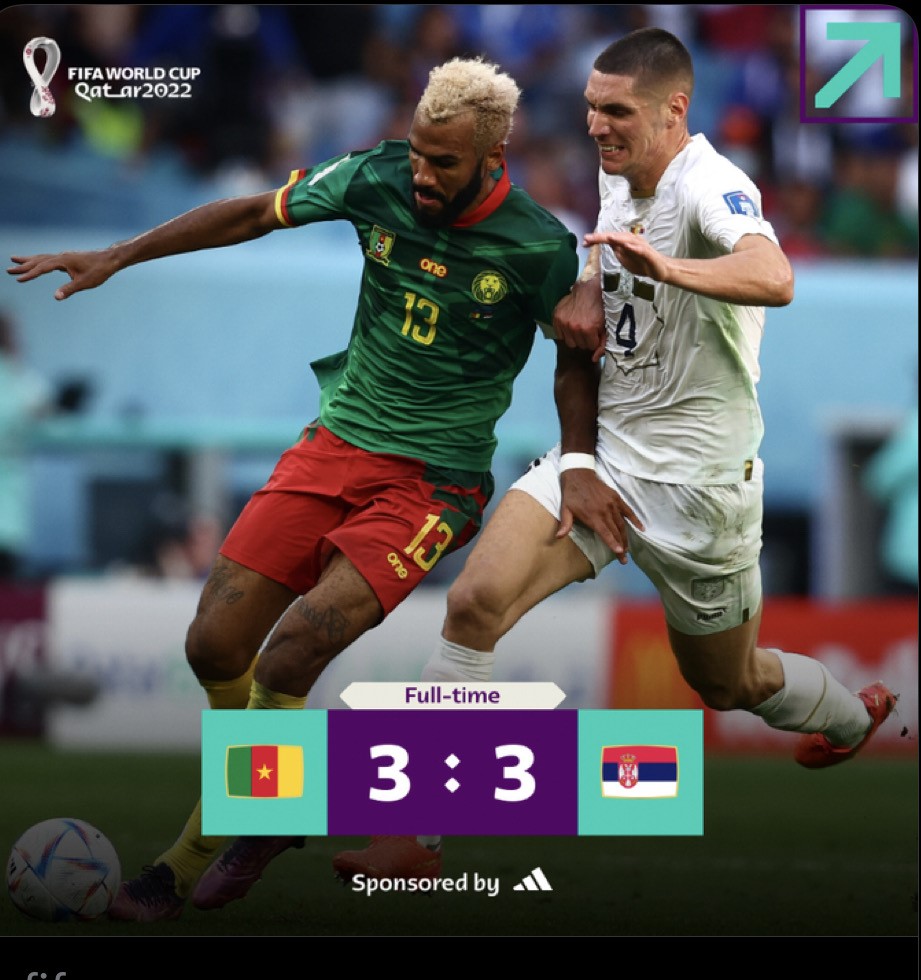 This was Serbia’s first-ever draw in a World Cup match (W2 L8), and the first time they have ever scored as many as three goals in a game in the competition.

Cameroon scored three goals in a World Cup match for the very first time, in what was their 25th game in the competition. It was the first time in 16 games they’d even scored more than once at the tournament, since a 2-2 draw with Sweden in 1994. 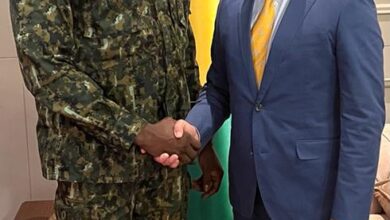 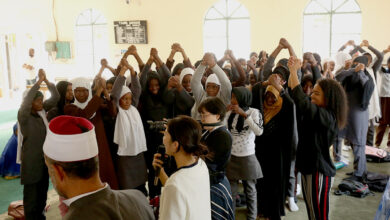