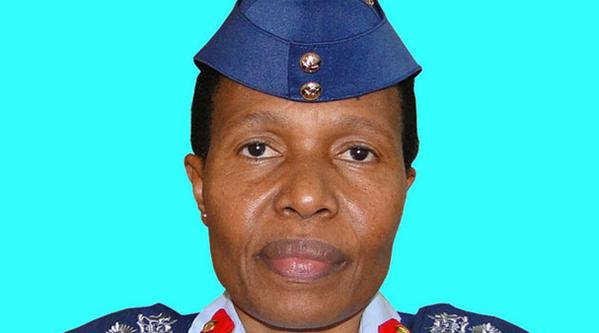 Kenyan President Uhuru Kenyatta announced historical changes Tuesday in the East African country’s military by appointing the first female brigadier of the Kenya Defense Forces. Fatumah Ahmed, who has served for 32 years, was the first woman to be promoted to the high-level rank in Kenya’s military, local media reported. Ahmed, a graduate of the National Defense College, will also take over as the managing director of Defense Forces Medical Insurance Scheme. Prior to her appointment, no woman had held either position in the history of Kenya’s military. The benchmark changes are the first under the leadership of Kenya’s chief of defense forces Gen. Samson Mwathethe, who has vowed to expel al-Shabab militants from the country, according to Standard Digital in Nairobi, Kenya. In her decades of military service so far, Ahmed has risen through the ranks. She enlisted in Kenya Defense Forces in 1983 and served under the Women Service Corps, according to Capital News in Nairobi. “Some of the notable appointments in her 32 years of service include Battalion Second Command (BN 21C), Staff Officer II Audit Personnel Records, Staff Officer I Personnel and Administration, Colonel Personnel at the Kenya Air Force Headquarters and Managing Director, DEFMIS,” a statement from Kenya’s Defense Forces said. Ahmed’s historical appointment followed several other posting and promotions made by Kenyatta. The Kenyan leader appointed Mwathethe in April to step up military operations against al-Shabab in Somalia. The Islamist militant group has released a fresh wave of attacks on Kenyan forces across the border in recent months. Al-Shabab claimed responsibility for the killing of 148 people in April at a Kenyan university, about 120 miles from the Somalia border. The al Qaeda-affiliated group seeks to overthrow Somalia’s United Nations-backed government and impose their strict version of Shariah law there. [caption id="attachment_19822" align="alignright" width="740"] 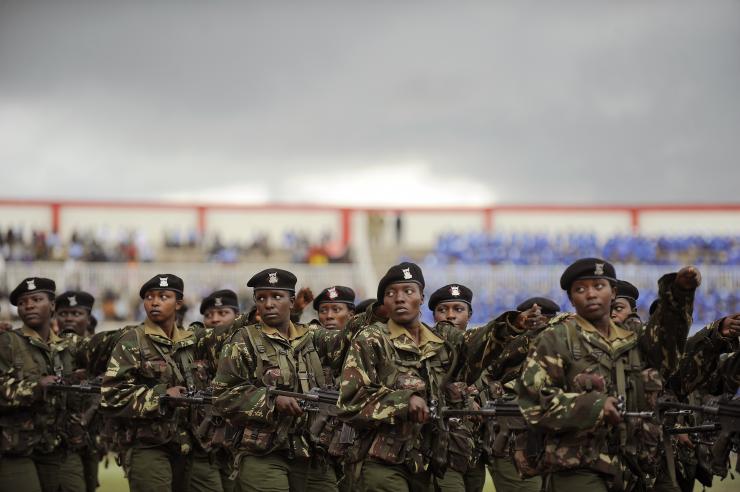 Kenyan armed forces march during celebrations in Nairobi on Oct. 20, 2011. TONY KARUMBA/AFP/Getty Images[/caption] However, Kenyan troops have fought back. The military said last month they had killed several al-Shabab militants and had recaptured Bardhere, a key town that had been overrun by the insurgents in Somalia, according to Standard Digital. “We are a nation that appreciates and recognizes the rights of every individual and their freedom of worship. We will not allow any person to force on us a way of life that is not ours,” Kenyatta said in June, according to eNews Channel Africa. *Source IBT]]>