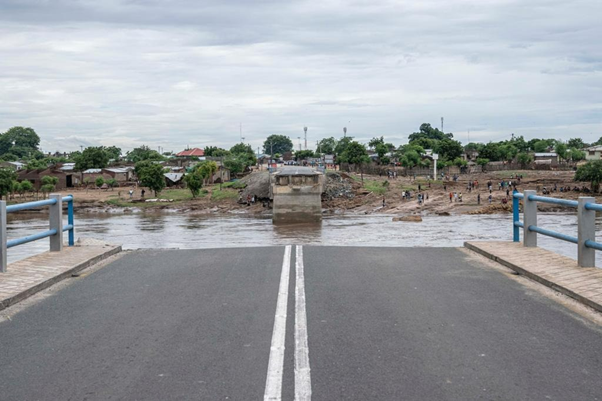 At least 11 people have died and infrastructure has been partly or totally destroyed by the moderate tropical storm Ana that has battered central and northern Mozambique since Monday.

Among the dead is the administrator of the district of Tete city, who was one of a number of local dignitaries swept away en route to inspect the condition of a bridge which had already been closed due to the flood levels.

José Maria Mandere was in a convoy of five vehicles swept away by flood waters when the Revuboe River burst its banks.

The convoy was on its way to join the provincial state secretary and other dignitaries inspecting the bridge over the river — who completed their inspection minutes before the bridge broke, with the middle section being swept away by the river.

A total of six people died in Tete province, two in Manica, two in Zambézia, and another in Nampula province, national disaster management institute INGD said last night in a preliminary assessment of the damage caused by the storm.

The failure of the Revuboe bridge, recently upgraded by Mota Engil at a cost of $3.8m, leaves Moatize partially disconnected from the city of Tete.