Dr Christopher Fomunyoh, Senior Associate for Africa and Regional Director at the National Democratic Institute for International Relations says there is need for serious negotiations to tackle the root causes of the ongoing conflict in Cameroon’s two English-speaking regions of the country.

“#KumbaMassacre shows those who think that this conflict can be resolved militarily and claim all is well and only small pockets of resistance remain are Wrong. As we’ve said four years running, we need serious negotiations to tackle the root causes of the conflict,” Christopher Fomunyoh tweeted.

His call comes after seven (7) school children were killed by yet to be identified gunmen at Mother Francisca International Bilingual Academy in Kumba, Meme Division of the South West region of Cameroon.

There have been accusations and counteraccusations about who attacked the school children. Some supporters of the government have blamed the separatist fighters, while others have laid the blamed on Cameroon’s security forces for carrying out the attack. As of now, no one has been apprehended.

“Our hearts bleed for dark Saturday in Kumba. A few decades back and any of those kids could have been any of us. Our deepest condolences to the families, all of Kumba and all of us,” Christopher Fomunyoh added. “If this tragedy does not shock your conscience, nothing will. The killings and atrocities must end.”

This latest assault on school children brings to the memory of many the attack on Ngarbuh, where children and a mother were all killed. During that time, many blamed Cameroon’s security forces for the, though government spokesman refuted it at first, it turned out to be true.

Switzerland has been seen as one of those countries that can help mediate and bring a solution to the crisis. There have been efforts to bring both parties on the dialogue table by Swiss officials, though the Swiss dialogue has not been welcomed by government officials in the country.

While some regard Switzerland’s efforts in finding a solution to the ongoing humanitarian catastrophe, others say Switzerland is yet to make its official stands on the matter.

Cameroon’s President Paul Biya in a tweet condemned in the strongest possible terms what he called “barbaric” and “cowardly” crime against innocent children. “I have also instructed that appropriate measures be taken diligently to ensure that the perpetrators of these despicable acts are apprehended by our defence and security forces and brought to justice,” President Biya tweeted.

In May 2020, the Regional Director at the National Democratic Institute for International Relations on the Swiss proposed dialogue said Switzerland “should come clean on efforts to a negotiated, peaceful resolution of the armed conflict in Cameroon.”

Either you seriously lead peace talks and play your hand fully, or you become complicit in waving the talks every time others want to act. People are dying daily,” Christopher Fomunyoh tweeted, as quoted by Mimi Mefo Infos

“I hope that we would have The courage to look at realities in the face and also to make a sincere introspection in the search of solutions in order not to be carried away by the ease of looking for non-existing scapegoats,” Dr Chris Fomunyoh said

Chris Fomunyoh has acquired a reputation of peacebuilder and negotiator in conflicts, recognized not only by the Western world but Africa and Cameroon in particular. His vast knowledge on peacebuilding has led some political observers to conflicts to think Christopher Fomunyoh as a man who can play the role of finding a consensus, due to his expert knowledge.

He has organized international election observation missions to many African countries; and has designed and supervised country-specific democracy support programs with civic organizations, political parties, and legislative bodies in over 20 African countries from Senegal in the West Coast to Madagascar in the East Coasts and the Indian Ocean, and places in-between.  He frequently is called upon to mediate contentious issues between political leaders in the countries in which NDI conducts programs.

The Anglophone crisis that started in 2016 and degenerated in 2017 has seen several thousands of persons displaced wither internally or are refugees in neighbouring Nigeria. Security forces and the non-state armed groups have been accused of carrying out gross human rights violations.

The non-state armed groups also known as Ambazonia groups have been faulted for killing ordinary citizens, all in the name of “blacklegs” (a name giving to anyone who collaborates with security forces. The security forces on their part have been accused of extrajudicial killings, torture, rape and even killings.

Madagascar: Recovering from one deadly cyclone, bracing for another     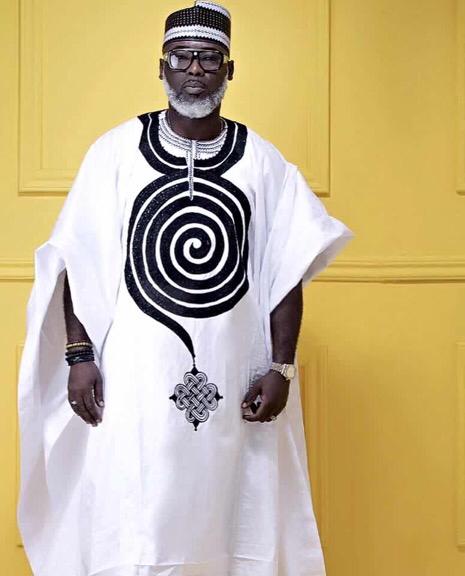