Mr Annan asked whether President Uhuru Kenyatta and his deputy William Ruto should have remained free during their trials, says the Financial Times (FT).

The ICC dropped charges of crimes against humanity against both men but said witnesses had been intimidated.

The cases related to violence after disputed elections in 2007.

Some 1,500 people were killed and 600,00 forced from their homes as ethnic clashes spread around the country.

Both men denied the charges and accused the ICC of unfairly targeting African leaders.

Kenya says it will withdraw from the ICC.

Mr Annan, who was appointed by the African Union to mediate Kenya’s post-election crisis of 2007-08, accused the Kenyan government of using state resources to undermine the ICC.

“The president and vice-president were the ones in the dock and so they put lots of efforts and resources into fighting the case,” he said.

The former UN secretary general told the FT that Africans should seek justice abroad if they could not get it domestically.

He also rejected accusations that the ICC was biased against Africa, saying: “Slobodan Milosevic and others convicted of war crimes in the former Yugoslavia had been tried in The Hague before the ICC was established.”

The African Union has been critical of the ICC with member states on the continent threatening to withdraw from the court.

Mr Annan also praised the recent conviction of Hissene Habre, the former president of Chad, who was tried in an African Union-backed court in Senegal.

The interest the story has generated illustrates the emotional and political importance Kenyans attach to their leaders.

Although President Uhuru Kenyatta and his deputy William Ruto are yet to formally respond, critical comments on social media from their close associates and supporters, using the hash tag #SomeoneTellKofiAnnan, could represent the thinking of the two leaders.

Those opposed to the former UN chief’s remarks say his comments are ill-advised. They argue that the Hague-based court concluded there was no evidence to sustain the cases against the two leaders.

However, opposition supporters have welcomed Mr Annan’s comments, saying the former UN chief was right to speak out against impunity amongst African leaders.

But to keen observers, the comments may have come too late to have any impact. 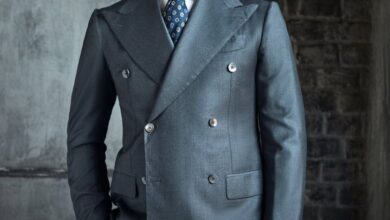