Johannesburg (CNN)Images of a South African Pastor spraying insecticide into the faces of his congregants are circulating on social media.

Lethebo Rabalago, of the Mount Zion General Assembly (MZGA), in Limpopo, has openly posted photographs on his Facebook page of him spraying congregants with Doom Super Multi Insect Killer to cure various ailments.

A post from Saturday was captioned as if quoting a congregant, saying: “I came here with a pain on my back and stomach. Now, after the prophet sprayed me with Doom I am healed. My nose was blocked since last week, but after the prophet sprayed me with Doom I feel coming out of my nose. I thank God for healing me.”
When reached by phone, Rabalago declined to answer CNN’s questions about his use of bug spray and hung up. MZGA could not be reached for comment, but in an interview with South African TV channel eNCA Rabalago said that God had told him to use Doom, and that he had healed countless people using it.
In a press statement, Doom manufacturer Tiger Brands said that it found the practice “alarming and extremely concerning” adding that it is “unsafe to spray Doom Super Multi Insect killer or any other aerosol spray for that matter, into people’s faces.”
It also advises that if the insecticide is sprayed into someone’s face, they should wash their face and/or wash out their eyes immediately, and to avoid excessive inhalation.
South Africans have strongly condemned the practice, taking to social media to voice their disbelief and concern.
South Africa’s Commission for the Promotion and Protection of Cultural, Religious and Linguistic Communities (CRL) is currently undertaking a study into the commercialization of religion and the abuse of belief systems. In a media statement the CRL described Rabalago’s actions as shocking and repugnant, saying: “no one should be subjected to conditions that are detrimental to their health and wellbeing.”
*CNN 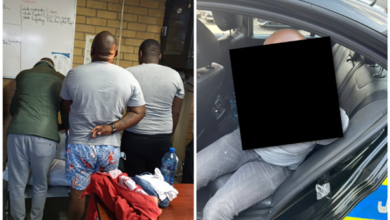 Kidnapping For Ransom: An Unpunished Industry In Mozambique