Rabat, Morocco, September 2, 2016 – The African Development Bank and the UN Economic Commission for Africa held an information session on Wednesday, August 31, 2016 in Rabat, in partnership with the COP22 Steering Committee, for African Ambassadors based in Morocco, in preparation for the upcoming Climate Change Conference. The meeting aimed to present the stakes for Africa at COP22, to prepare countries’ participation and to support existing efforts to coordinate the African participation at the UN climate talks.

The 22nd session of the Conference of the Parties (COP22) to the United Nations Framework Convention on Climate Change (UNFCCC), taking place in Marrakech, Morocco, from November 7-18, 2016, is the third Climate Change Conference taking place on African soil, after COP7 (2001) and COP17 (2011), which were held in Marrakech and Durban, South Africa, respectively. This will be a key moment for Africans to push for global commitments towards the implementation of the Paris Agreement adopted in December 2015 and a shift towards resilient, low carbon development.

AfDB and ECA are both members of the ClimDev-Africa Committee, which manages the Africa Pavilion during COP. This year, the Africa Pavilion will be an important space for delegations to discuss common development issues, defend their interests, network and showcase efforts undertaken to build more resilient economies.

Africa will also be at the heart of various initiatives featured in the COP22 village, especially in the areas dedicated to innovation and solutions, and civil society.

“The COP22 Civil Society team recently visited 14 African countries to mobilize the continent’s community networks. We are also raising awareness among the African press through a second press trip to Morocco including 60 journalists this time. All this to say how important mobilizing the continent of Africa is for Morocco,” said Driss El Yazami, COP22 Chef of Civil Society Activities.

“COP22 is an African COP and we encourage your strong participation in Marrakech to defend the continent’s interests,” added Abdeslam Bekrate, Head of Logistics and Security, COP22 Steering Committee.

“According to ECA research, a global temperature increase of 2°C by 2050 could cause Africa’s GDP to decline by 4.7%. However, Africa can still turn the tide in its favour and achieve more resilient and inclusive development by taking advantage of its late industrial development to leapfrog towards green industrialization,” said Omar Abdourahman, Acting Director of the ECA Office for North Africa, ahead of the meeting.

“Africa is part of the solution for the implementation of the Paris Agreement, which starts with COP22 in Morocco. Africa currently has four priorities: adaptation, mitigation, financing and the strengthening of the negotiation process”, said Yacine Fal, the AfDB Resident Representative in Morocco.

*AFDB For more information about African preparations for COP22, please follow these accounts on Twitter: @COP22, @ClimDevAfrica, @AfDB_Group, and @CEA_ANcoms. 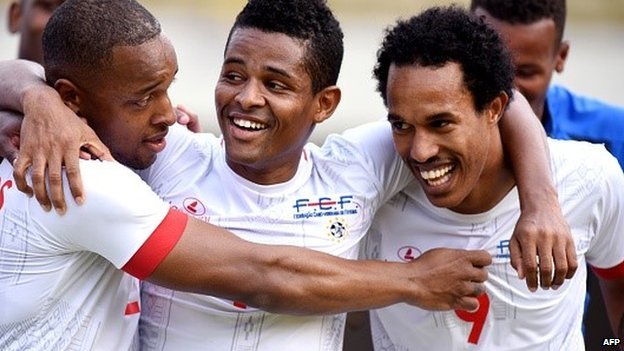