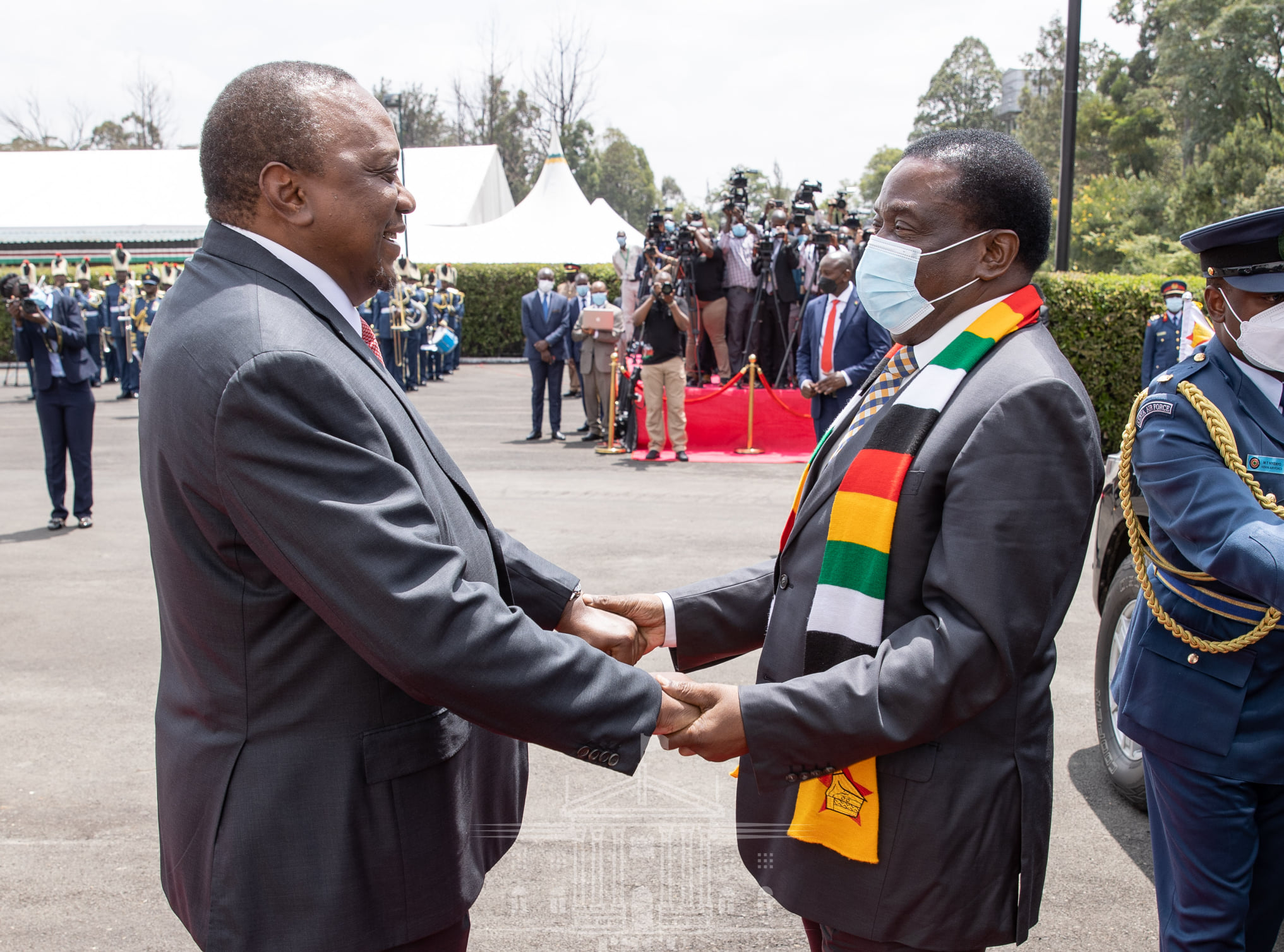 The President termed the sanctions as illegal, and assured Zimbabwe of Kenya’s continued advocacy to ensure that the restrictions are lifted.

“And this we consider to be unfair for these hardships were artificially created and we continue to call on the international community to remove these illegal sanctions,” the President said.

President Kenyatta spoke on Wednesday, March 9, 2022, at State House, Nairobi during a joint press briefing with his visiting Zimbabwe counterpart Emmerson Mnangagwa shortly after the two Heads of State led their respective delegations in bilateral talks.

Kenyan Head of State lauded President Mnangagwa’s visit, saying it had not only renewed the two nations friendship and brotherly ties but also re-invigorated the strong historical relations that exists between the African states.

“The friendship between our two countries and peoples goes back to the days before independence, with many people from the Shona community who are now recognized and regularized as Kenyan citizens, settled in our country in 1960,” said President Kenyatta.

On his part, President Mnangagwa noted that his visit to Kenya was aimed at deepening the strong and historical bilateral relations between Nairobi and Harare.

“My visit to Kenya is aimed at consolidating our relations by refocusing our cooperation to increase bilateral trade, investment, tourism, transport, science and technology and innovation among other aspects such as defense and security matters,” President Mnangagwa said.

At the same meeting, Zimbabwe donated to Kenya 100 metric tonnes of medical oxygen to boost the fight against Covid-19.

President Mnangagwa arrived in Kenya on Tuesday for a three-day state visit. He is accompanied by the First Lady Auxillian Mnangagwa.