Kenyan Chief Justice David Maraga has spoken out about tag of wars going on between the Judiciary and Executive citing frustrations emanating from the latter.

He took a swipe at the government for under-funding and failure to treat him with dignity saying he is no longer recognized at the public functions and has been denied access to VIP lounge at the Jomo Kenyatta International Airport. Maraga stated that he would choose the state functions to attend decrying over undermining of the Judiciary.

“We have a huge backlog of cases which continue to pile because of lack of funds to even move judges around, judges are not able to get fuel for their cars and we them to get money from their pockets so that we can refund them,” said Maraga.

His statement comes in the wake of financial crisis facing the Judiciary which many believe might interfere with administration of justice to Kenyans. In September, the Treasury Cabinet Secretary issued a directive to all public agencies proposing a slashing of recurring and development budgets by 50 per cent in a move to cut cost and encourage saving for the government four big agenda which include manufacturing, affordable housing, food security and Universal Health care.

As a result communication, transport for both domestic and foreign travels, printing, advertising and information supplies and services, training expenses, hospitality, office and general supplies, routine maintenance of vehicles, machines and other transport equipment, refurbishment of buildings and purchase of vehicles have been affected.

Mobile Court sessions and Services weeks programs have been halted and the Judiciary has suspended provision of tea and newspapers to its staff and payment of tea allowances.

Last week, a Nairobi High Court suspended the implementation of the order until the case before it presented by the Law Society of Kenya (LSK) is heard and determined. LSK sued the Treasury and Attorney General over the budget cut noting that the decision interferes with the Judiciary Independence.

“Pending the hearing and determination of this case, an order is hereby issued restraining the National Treasury, its agents, officers or any persons from implementing a September 24 circular or issuing any unwarranted directive with the same effect on the judiciary’s budget,” said the Court’s Justice Makau Mutua. 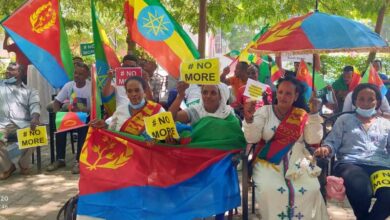