It has been a slow but steady process and after some thirty years, Namibia is finally making its entrance on the oil producing league of Africa. As a sign of the changing fortunes of the Southern African country, Namibia at the recent African Energy Week in Cape Town South Africa, signed a very important MoU with global giants Technip Energies.

Saddled with the responsibility of handling the oil fortunes of Namibia is the National Petroleum Company of Namibia-NAMCOR led by the seasoned professional Immanuel Mulenga. It has taken us 30 years of drilling without success and thirty years after independence we have managed to make these discoveries, we are very excited as a country, Mr. Mulunga told PAV on the sidelines of the African Energy Week.

“The integration of Technip Energies’ expertise into Namcor and the Ministry of Mines and Energy will ensure skills transfer that will be vital for the optimization of the recent oil discoveries in Namibia,” Mulunga said in the interview which also covered the African Energy Week, Namcor related developments, and a range of energy perspectives concerning his country.

For those who may not know, could we start with an introduction to NAMCOR

Immanuel Mulunga: Namcor is the Namibian national oil company. It is called the Namibian Petroleum Corporation, and we operate both in the upstream and downstream space; we are one hundred per cent government-owned, and we have grown from humble beginnings where we were initially advising the government to regulate the industry. We have grown into a commercial public enterprise, and we first entered the downstream market by importing and distributing petroleum products and marketing them to our customers, and then started to play a bigger role in the upstream side where we started taking up ten per cent equity in all the license blocks in Namibia.

So, the government made a conscious decision to allow Namcor to partake at the equity level in these projects as well. We have started expanding into the downstream side at the rate of seven stations; we currently have eleven substations; by the end of the month, we will have 14 and by this time next year we will have 27 stations. We have been aggressively growing from a low base and by June of next year, we would have grown by ten times in a matter of five years. It has been a good journey so far for Namcor and we want to continue playing our role as a national company.

We are doing this interview on the sidelines of the African Energy Week, AEW, may we get your general perspective on the event, and how it has been for you and Namcor?

Immanuel Mulunga: This is the second year that this African Energy Week is running; it is a great initiative, and we congratulate the event organizers for coming up with the vision of holding a conference like this. This is very different from the African Oil Week that we have been used because this is very high level; with a lot of deal-making, and opportunities to network with industry players. There is a pan-African flavour to it, and we are happy to participate this year as a platinum sponsor.

On behalf of Namcor, you signed an MoU with Technip Energies today, what does this MoU represent for Namcor?

Immanuel Mulunga: This MoU is very important; we signed this on behalf of the Ministry of Mines and Energy. The purpose is to facilitate; organize and develop cooperation within various areas. Technip Energies is a world-class company; a world leader in engineering and technology with 60-year history executing some of the largest and most complex engineering and construction projects. We are happy to be linked with Technip Energies. We are welcoming them into Namibia.

The integration of Technip Energies’ expertise into Namcor and the Ministry of Mines and Energy will ensure skills transfer that will be vital for the optimization of the recent oil discoveries in Namibia. It covers various areas, and it includes principles of the energy transition, health, safety and environment, process engineering, offshore as well as the development of offshore and oil and gas fields. It is quite wide encompassing, and we are looking to move to the next level where we can start cooperating in all these areas.

With Namibia in the oil production club, what has changed in the country or what is expected to change?

Immanuel Mulunga: We are fortunate to be accepted into the club of the African Petroleum Producers Organization. These discoveries we have been chasing for the past 30 years. It is exactly 30 years since we drilled our first well offshore after independence. It has taken us 30 years of drilling without success and thirty years after independence we have managed to make these discoveries. We are very excited as a country. We are looking forward to the upcoming operation campaign by both Shell and Total and Namcor is a partner in all these licenses. We are looking forward to Namcor participating and playing a meaningful role in these discoveries and for Namcor to become one of the leading, if not the largest company in Namibia once we start production.

In other parts of the continent, we have seen oil, and petroleum products serving more as a curse as opposed to a blessing, how is Namibia looking forward to avoiding this trap?

Immanuel Mulunga: Oil discovery does not necessarily translate into positive outcomes for a country. This is just the start; there is still a lot of work that needs to be done to make sure that these oil discoveries do not become a curse, but they become a blessing for Namibia. The advantage we have as Namibia is that we are a bay when it comes to oil and gas production and there is a lot for us to learn from our peers in Africa; there are very good examples of how not to be and there are good examples of how to do. We are keen and eager to learn from our peers whether it is Angola, Nigeria or Congo to make sure that these discoveries play a meaningful role in our economy.

That starts with leadership; it is going to be important that the people that are here now obviously continue to have their feet firmly on the ground and do the best for the country and not become too nationalistic or too greedy and wanting to get too much from the oil companies too soon. It is a journey, and we need to continue having winning solutions because it does not mean you have made a discovery and you go automatic to riches. There is still a lot of work that needs to be done; we need to continue working with the oil companies in a partnership and not see them as us versus them but working as a partnership.

How will you rate the support Namcor is receiving from the government of Namibia in fulfilling its mission?

Immanuel Mulunga: There is a lot of support from the government. We feel the support and we are looking forward to continuous government support for the next three years which is going to be very critical. We are going to do the full development and make final investment decisions. It is going to be very key for the Ministry’s office to make sure that it moves with these investment decisions that will be made, to get it off the development phase and ultimately start producing oil by 2027 or 2028 at the latest.

At the moment there is this energy debate between fossil fuels and renewable energy, how is this affecting Namcor as a company and any other development in the pipeline that we should expect after the African Energy Week for you?

Immanuel Mulunga: It is very important to make it clear that from our perspective as Namcor that energy transition is a reality, and we should not fool ourselves to be against the energy transition. We need to protect our planet; if we continue this trend, the planet that we call home will no longer be viable for us to live in. However, we must carry out that transition in an orderly fashion, it needs to be a just transition, it needs to take into account that there are a lot of people in Africa that do not have access to electricity and energy, clean water. It is unfair for European countries to try and force us into an early transition that is not meant for us.

We need opportunities to take people out of poverty, invest in our economies and then be allowed to get a transition. We need to take our destiny into our own hands as Africans and not rely on Europe and the United States to help us or give us the necessary finance to carry out our projects. As Africans we need to wake up and start doing things as a unified force; we have a big market and that means we need to find solutions to funding for these oil and gas projects. We are encouraged by the developments in Afreximbank; this is very important.

Namcor as a small national oil company has grown as I said earlier from a low base; we are coming from the land of the brave; we are a brave national oil company. While we are waiting for our discoveries to manifest, we decided to go outside Namibia and bid for production assets in Angola. In my seven years at Namcor that is the legacy I want to leave; a company that grows from leaps and bounds and a company that is on an aggressive growth rate. Next year Namcor will look very different but bigger and better. 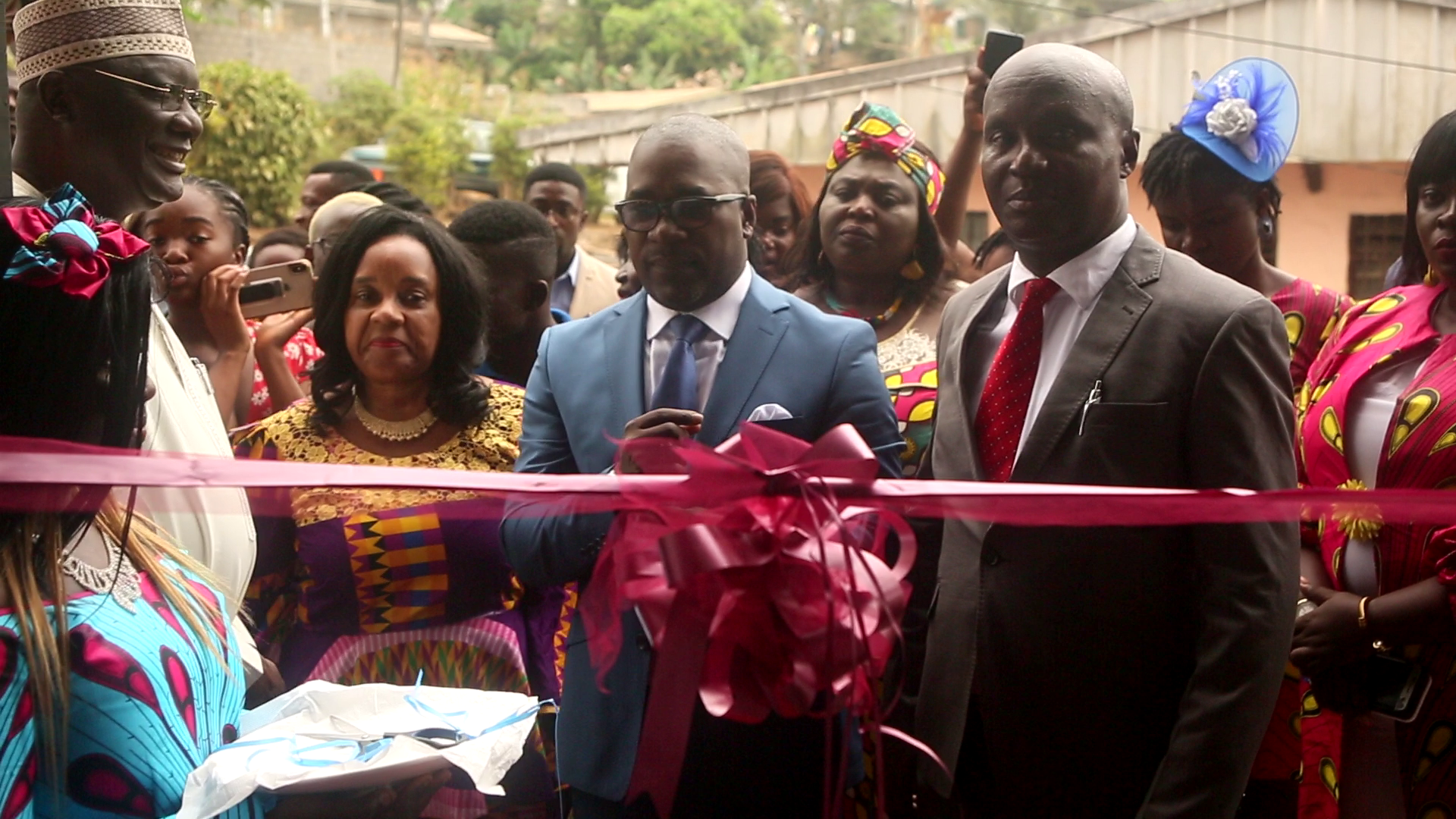 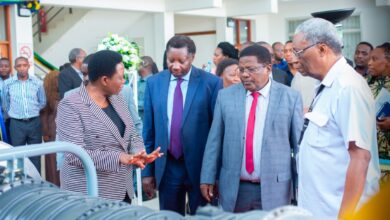 “Toward Achieving Water Security And Safely Managed Sanitation For Africa”