World Health Organization (WHO) deplores the kidnapping of Dr Mahamadou Diawara, who was taken by unidentified assailants from his car on 23 January 2023 in the town of Menaka in northern Mali, the UN agency said in a statement.

Dr Diawara, who has worked for WHO in Mali since 2020, was in charge of leading efforts to provide medical care to communities that are often remote and face insecurity risks and violence; he was abducted from his car on Monday in the town of Menaka, located in a northern region.

Menaka has witnessed insurgences over the years – a rise in violence perpetrated by Al Qaeda and Daesh cells’ in the region.

The driver of the car attacked and abandoned is currently undergoing treatment and showing a positive prospect of recovery. There has been an expression of disapproval of the kidnapping of Dr Diawara; the Director General of the World Health Organization expressed his condemnation in a tweet:

Tedros Adhanom Ghebreyesus (@DrTedros) tweeted at 4:19 pm on Tue, Jan 24, 2023:
We deplore the abduction of @WHO colleague, Dr Mahamadou Diawara, who was taken by unidentified assailants from his car on 23 January in Menaka, #Mali. We are working with local authorities to investigate the abduction and ensure our colleague’s quick return to his family.

A WHO press statement extends sympathies to the family of Dr Diawara and assures working with local authorities to investigate the abduction and to guarantee his release.

Security, Governance and Conflict in Mali

The Special Representative of the Secretary-General to Mali, El-Ghassim Wane, told the Security Council in 2022 that a decade after civil conflict erupted in Mali, hopes for an early resolution to insurgency and strife have not materialized.

Since 2012, the northern Mali crisis has escalated, as a regional and complex crisis, spilling over to neighbouring Burkina Faso and Niger. Mali has suffered years of insecurity and brutality due to fighting between secessionist and militant groups and the central government – witnessing a longstanding security plight.

Nigeria:Interest Rate Increased to 17.5% by CBN

Zambians Divided on the Economy and the Country’s Direction, Afrobarometer Survey Shows 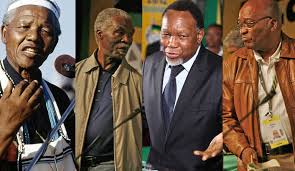