Mozambique may receive, by March of this year, $800m from the United Arab Emirates for the rehabilitation of 1,500km of the EN1 highway running the length of the country, President Nyusi announced at the end of his three-day visit to the UAE.

Mozambique already has $850m from the World Bank to rehabilitate 1,053km of the 2600km EN1, public works minister Carlos Mesquita added. A number of works are currently underway, including drawing up the terms of reference for contracting the players involved in the construction process, he said.

On the other hand, the ministry of transport is evaluating proposals submitted by port companies from the United Arab Emirates to invest in the Port of Nacala, President Nyusi said.

There are many proposals, he said, so that if they are not able to invest in the port they may do so in other areas linked to the Nacala corridor.

The port is currently being upgraded which will make it more attractive and may make the deep water port the most modern in Southern Africa, Nyusi said. The president added that Emirati airlines are also interested in operating in Mozambique.

Nyusi said that he was satisfied with the progress of cooperation with the UAE since his last visit to that Middle Eastern country in October of last year, citing as an example the latest developments in the implementation of a project to build 5,000 houses in urban areas in Mozambique.

The head of state explained that, although 5,000 houses project might be considered “incipient” taking into account the demand for housing in Mozambique, especially among young people, implementation of the project would alleviate concern in this domain to some extent.

“With regard to the Defence and Security Forces, I visited the training centre for special forces here in the UAE, and was satisfied with the work being carried out within the framework of military cooperation. We still don’t have instruments that allow us to move forward, but the work being carried out by the officers is at a very advanced stage,” Filipe Nyusi told journalists. 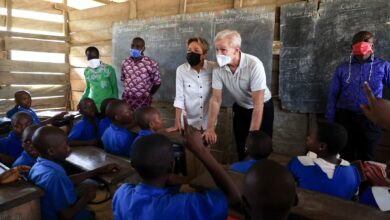 The Surprising Story Behind The World’s Fastest Developing Country