New York, USA, le 13 December 2022-/ The hardship being felt across the Horn of Africa by the worst drought in 40 years has left many women weak and malnourished. The UN agency dedicated to women’s sexual and reproductive health, UNPA, is helping save mothers’ lives in Kenya, through the donation of a simple but effective way of accessing hard-to-reach areas – a motorbike, to enable safe emergency deliveries in hospital.

“I cannot imagine them giving birth without the support of a skilled health professional”, said Mark Epeyon, a community health volunteer at the Katilu hospital in Kenya’s Turkana County.

Since November, the motorbike ambulance has protected lives that would have been lost without prompt transportation to their nearest health facility.

Even before the current climate crisis, skilled birth attendance rates were low in Kenya. Today the maternal death rate remains high, despite some progress, at 342 mothers per 100,000 live births – nearly 90 per cent of which are attributed to inadequate quality of care.

Mathew Bundotich, a medical superintendent at the Katilu hospital, explained that families are now forced to migrate ever further from health facilities in search of water, food and pasture for their animals.

While midwives used to assist at least 60 births every month, he said that the drought has caused ante-natal visits to dwindle.

“We pride ourselves on having recorded zero maternal deaths in our facility over the last year”, said Mr. Bundotich. “But now we have to follow women into their communities in order to reach them”.

Driver on the case

Having worked in the community for more than 11 years, Mr. Epeyon has mastered the art of navigating both on and off-road terrain – quickly locating a mother in urgent need of assistance, even in the most inaccessible areas.

“I became a community health volunteer because I saw the impact that a lack of proper health information and access to services was having on my people”, he told UNFPA.

“When my wife got pregnant the first time, she gave birth at home. Our child developed health complications that have affected him into adulthood”.

To reach more women and girls in drought-affected communities, Mr. Epeyon has been going door-to-door, telling others about the motorcycle ambulance, encouraging pregnant women to call him when in need, day or night.

In its first month of operation, the scrambler safely transported five women with obstetric emergencies to the hospital, likely saving their lives and those of their newborns.

As the motorbike can safely and comfortably transport one patient, an outreach medical worker and emergency supplies for on-site treatment, it has significantly reduced the time needed to deliver essential help to those in remote areas.

“In the past, women have given birth on the roadside while trekking to hospital because they live too far from a health facility”, explained Mr. Epeyon.

“With the motorcycle ambulance, even if a woman delivers on the way, she is able to do so in a dignified manner, on a comfortable stretcher and with the help of a healthcare worker and myself”.

Due to the ongoing drought, more than 4.3 million Kenyans need humanitarian assistance, including 134,000 pregnant or breastfeeding women.

Through its Response Plan for the Horn of Africa Drought Crisis 2022-2023, UNFPA is appealing for $113.7 million to protect the sexual and reproductive health and rights of millions of women and girls across the region.

A New Order: Highlights On The Innovations Of The 2023 Finance Law In Cameroon

Is the U.S. taxpayer paying for French neo-colonialism in Africa? 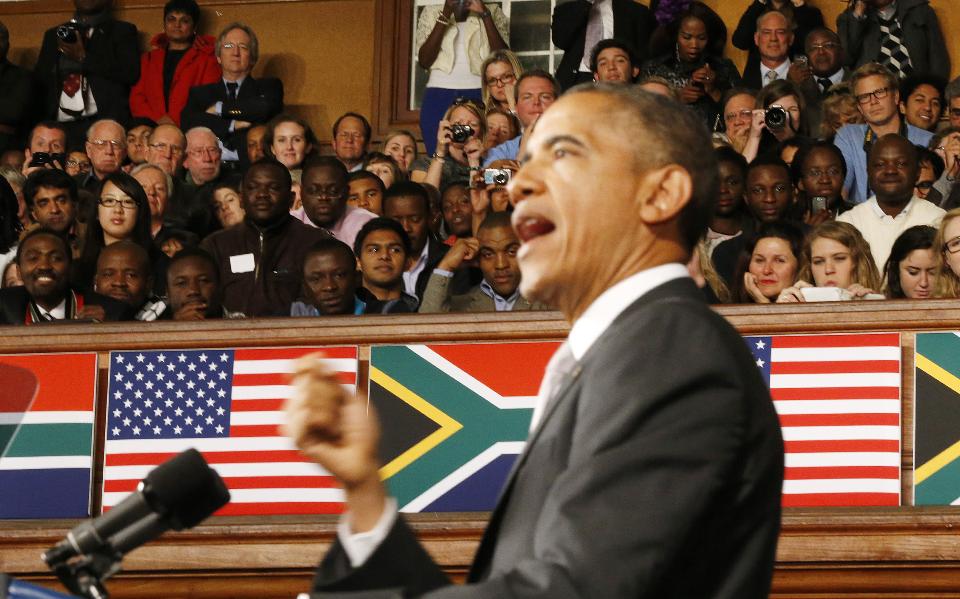 Exclusive: Obama plan to 'Power Africa' gets off to a dim start