Club Deportivo Leganés, a professional Spanish football club, and its Africa partner Rainbow Sports Global , are excited to announce a new partnership with the Malawi Government. As part of the partnership, the country’s logo of “Malawi, The Warm Heart of Africa” will be prominently displayed on the front of the first team’s kits for upcoming matches, as well as on different media platforms, both physical and digital.This partnership aims to promote tourism to Malawi and raise awareness of the country among the sports community, while also marking the first step in a long-term commitment by C.D. Leganés and Rainbow Sports Global to invest in and develop the sports ecosystem in Malawi. Both parties are dedicated to working together to develop and promote sports in the country, with plans to invest significant resources into the development of local athletes and sporting infrastructure.The partnership was officially launched on Sunday, January 22nd, before the match against Levante UD at the Butarque Municipal Stadium. The event was attended by key figures including Jeff Luhnow, President of Club Deportivo Leganés; Eduardo Cosín, Vice President of the club; Agnes Patemba, The Malawi Deputy High Commissioner to the United Kingdom; Dyson Banda, Tourism Attaché at the Malawi High Commission and James Woods, Partner and Director at Rainbow Sports Global.“We are thrilled to announce this partnership with the Malawi Government,” said Jeff Luhnow, President of C.D. Leganés. “This partnership represents a significant step in our long-term strategy to invest in and develop the sport in Malawi, while also promoting tourism. We are dedicated to working together with our partners to achieve our goals and contribute to the growth and development of sports in Malawi.”James Woods, Partner and Director at Rainbow Sports Global, added, “This partnership is a great opportunity for us to invest in the development of football and other sports in Malawi. We are committed to a long-term strategy of developing the sports ecosystem in Malawi and this partnership is just the beginning.”Kingsley Pungong, Founder and CEO of Rainbow Sports Global, said “This partnership between Club Deportivo Leganés, Rainbow Sports Global, and the Malawi Government is a prime example of the transformative power of sport and investment. Not only will it bring significant benefits to the people of Malawi, but it also has the potential to positively impact the entire Southern and Eastern African region, whose population is heavily invested in the sport of football. We believe that with the right investment and infrastructure, Malawi has the potential to develop the next global stars. We are excited to be a part of this initiative and look forward to seeing the positive impact it will have on the development of sports and tourism in Malawi.”The Minister of Tourism, Culture and Wildlife of Malawi, Michael Usi, also commented on the partnership, saying “On behalf of the government of Malawi, I would like to express my sincere gratitude to the President of Club Deportivo Leganés, Mr. Jeff Luhnow and his management team for this great partnership. I believe this partnership will go a long way in enhancing Malawi as a tourism destination not only in Spain but also the rest of the world. This partnership also presents an opportunity for Club Deportivo Leganés to grow its fan base not only in Malawi but also the entire Southern and Eastern African region whose population is dominated by avid football lovers.”About Rainbow Sports Global:

Rainbow Sports Global is a leading sports development company providing holistic solutions across the sports value chain. The company strategically connects the African sporting ecosystem to the world. It owns and operates several multi-jurisdictional sports assets and controls multi-continent sports relationships. It is building a totally unique business model which integrates a multi-continent club ownership alongside talent development and anchored by technology, content creation  & data.About Club Deportivo Leganés:Club Deportivo Leganés, is a professional Spanish football club based in Leganés, a city located in the Madrid metropolitan area. The club was founded in 1928 and has played in La Liga, the top tier of Spanish football, on several occasions. Leganés has a strong history of producing local talent and developing young players, and is known for its strong support and dedicated fan base. The club currently plays its home matches at the Butarque Municipal Stadium.

Cabo Verde ‘on the frontlines’ of climate crisis, says Guterres ahead of Ocean Summit 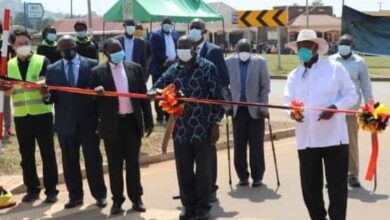