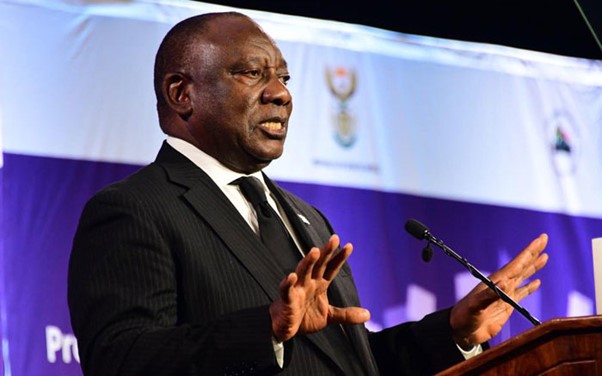 On Wednesday night November 30, 2022, the Section 89 Panel which was investigating South African President Cyril Ramaphosa’s possible involvement in a cover-up of a crime on his Limpopo farm, Phala Phala released its report which stated that the President has a case to answer for impeachable offences.

Soon after the release of the report, the entire nation eagerly awaited to hear the response from the President. The following day by mid-day, several media outlets in the country advised that the President was set to address the nation in the evening.

Various political actors and the general citizens quickly took to the social media streets especially on Facebook and Twitter to air their opinions on what Ramaphosa was going to announce. Some political experts were even convinced that the President was going to step aside and resign from the presidency as his position was untenable. There was also the suggestion that the President would relinquish his desire to seek a second term as the leader of his party (ANC) as well as the country in the upcoming election.

To the surprise of many, however, the evening arrived but President Ramaphosa failed to appear on state TV screens. It became clear after several hours that the President was not going to make the much-awaited address to the nation. It was only after the appearance of the president’s spokesperson Vincent Magwenya that the nation was advised that the president was set to address the nation “imminently” but not necessarily on that day as had been communicated before.

Spokesperson Magwenya said the gravity of the matter at hand warrants the President to take his time to ponder. “Whatever decision the president makes, that decision has to be informed by the best interest of the country… And that decision cannot be rushed,” Magwenya said.

Though the presidential spokesperson failed to give a timeline on when the address is going to be aired, it certainly is going to be aired “imminently” as Mr Magwenya stated owing to the fact that the South African Parliament will be as early as Tuesday this coming week sit down to discuss and deliberate on the next steps to take in response to the Section 89 Panel report.

The general feeling at this moment is that African Transformation Movement (ATM) which raised the motion against the President for the Phala Phala cover-up issue as well as other political parties including Julius Malema’s Economic Freedom Fighters (EFF) will look at raising a motion to start the impeachment process against Ramaphosa.

Things aren’t looking positive for the President at all at this juncture as even some ANC bigwigs including former Ramaphosa’s Cabinet Minister Nkosazana Dhlamini Zuma are calling for him to step aside and resign from his position. In a Twitter post, Nkosazana Dhlamini Zuma said “I think the President has to step aside now and answer to the case.”

The Section 89 Panel report couldn’t have come at a worse time for President Ramaphosa as his party, the ANC is scheduled to convene its national conference to elect its new leaders in a couple of weeks. Though he was in a comfortable position to win his re-election bid as the party’s president, things have now taken a dark turn.