JUBA, South Sudan – Kenya and South Sudan has agreed on a new trade policy to foster development in the region and across the globe.

This marks his first international visit to South Sudan since Ruto’s inauguration.

President Salva Kiir was in Kenya in September for Ruto’s inauguration.

Since Ruto was sworn in, the President has made several international visits to strengthen bilateral ties between Kenya and other countries.

In a closed-door meeting that lasted for three hours, the two presidents, agreed on economic ties, including explore areas of cooperation especially on trade, investment as well as establishing strong diplomatic relations between South Sudan and Kenya.

Kiir said they look forward to building on these relations in order to achieve a better future for our respective people.

“We discussed a wide range of issues on areas of mutual interest between our two countries, at bilateral and regional level. We also briefly touched on economic cooperation and international files, specifically on issues where we feel presenting a unified position on them can advance African interest,” Kiir told journalists on Saturday.

Kiir further pledged her country’s cooperation with his administration in pursuing areas of common interest regionally and internationally.

South Sudan, a land-locked country, almost all its imports come through the port of Mombasa in Kenya.

But a policy change on Kenyan side with respect to imports clearance locations is often felt here in South Sudan on commodities prices.

For example, the Naivasha Dry Port which President Ruto ordered its clearing roles back to Mombasa had additional cost on prices here in South Sudan.

The visit of President Ruto comes in the backdrop of South Sudan’s plans to build a new port in the coast of Djibouti, to ease dependence on Mombasa port.

In his remarks, President William Samoei Ruto announced the lifting of all trade barriers on South Sudanese traders.

“We have agreed that any policy changes in Kenya would affect trade in South Sudan and thus the government of Kenyan have clarified its position to lift trade restrictions on trade,” said Ruto.

“We ha realigned our position so that traders and business people from South Sudan to clear their goods in any part of Kenya in Naivasha or Mombasa,” he added.

The Lapsset Corridor Program is a regional flagship project intended to provide transport and logistics infrastructure aimed at creating seamless connectivity between the Eastern African Countries of Kenya, Ethiopia and South Sudan

The project connects a population of 160 million people in the three countries.

“I can confirm to you that the road from Lamu, Garissa and Isiolo is now under construction so that goods and services can move easily between the two countries”  said President Ruto.

“As one of the guarantors to the peace agreement, we are going to work with the people of South Sudan to consolidate peace,” said Ruto.

“I can confirm to you that Kenya will continue to support the people of South Sudan and your government so that agreed timeline will lead to the implementation of the revitalized peace agreement”, president Ruto added.

Kenyan president pledged that his country is going to provide materials to East Africa’s youngest nation in order to consolidate it security forces.

“Kenya is going to supply boots, uniforms, food and medicines to support the integration process of your security forces so that they can participate in securing the life and properties of the people of South Sudan,” said Ruto. 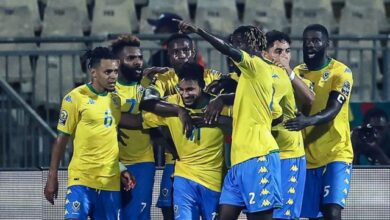 EPL and US Elections top Kenya’s internet searches in 2020