The new banknotes from the Bank of Central Africa, BEAC, have gone into circulation in Cameroon and the other five economic and monetary communities of Central Africa, CEMAC (Congo, Gabon, Chad, CAR and Equatorial Guinea), twenty years since the last banknotes were produced.

The decision to circulate the new range of banknotes of FCFA 500, 1,000, 2,000, 5,000 and 10,000 was reached during an extraordinary session of the Ministerial Committee of the Central African Monetary Union (UMAC) held on November 7, via video conference in celebration of the fiftieth anniversary of the Brazzaville Agreements

Speaking to the press, Cameroon’s first deputy director of BEAC, Emmanuel Cho Asafor, noted that the new banknotes have characteristics that take into consideration visually impaired persons. ” You can see on the note that, there are some signs that can be felt when touched. For example, 500 has one line, 1000 has two lines, 2000 has three lines and 10000 has five lines.”

He added that with the banknotes the objective is to be one step ahead of counterfeiters and that modern technology makes falsification difficult. He said the authenticity of a bill can be ensured by applying a simple, fast and effective method that combines three gestures that is “Touch, Look and Tilt.”

Cho Asafor added: “It is a technology that has significantly improved the quality of cash circulation by gradually replacing the bills of the 2002 range, most often worn, with new bills of the 2020 range.”

The new banknotes “highlights the official languages of the CEMAC countries which are French, English, Arabic and Spanish, by “declining in the inscription Bank of Central African States and the face value of the notes,” said Governor Abbas Mahamat Tolli, in comments reported by the local media.

The change in banknotes takes place 20 years after the introduction of the last range of 2002 banknotes which were introduced in 2003 to mark the thirtieth anniversary of the Brazzaville Agreements. Until now, changes in the rank of banknotes occurred every 10 years, more precisely in 1972, 1982, 1992, and 2002, except in 2012. The Central African Monetary Union (UMAC) announced the withdrawal of the 1992 banknotes on 1 March 2023.

“The decision to inject new banknotes into CEMAC countries comes in a context marked by strong demands to end the use of the CFA franc (Franc de la Coopération Financière en Afrique),” Jean Cedric Kouam, Deputy Director – Economic Affairs Division and Head of the Fiscal and Monetary Policy subsection at the Nkafu Policy Institute said.

“Given that these banknotes are printed in France and considering the monetary and financial cooperation agreements signed between France and the CEMAC countries, the introduction of a new series of banknotes undoubtedly reflects the commitment of the member states to perpetuate these cooperation agreements, which means that the CFA Franc has several more years of life ahead of it.”

Jean Cedric Kouam added: “BEAC’s decision to introduce a new series of monetary signs 20 years after those of 2003 reflects its willingness to fulfil its missions and achieve its objectives, particularly that of monetary stability.”

“However, such a decision will not necessarily contribute to strengthening the effectiveness of the monetary policy, which is based on principles such as the independence of the bank and the credibility of decisions taken by the Monetary Policy Committee.”

BEAC stressed in a press release last November that despite the introduction of new banknotes of the 2020 range, the 2002 range of banknotes continue to be in force in the Economic Community of Central Africa (CEMAC) but will gradually be faded out into the new year.

“Cedi Appreciation Not by Chance; Government Will Sustain Gains Made” – President Akufo-Addo 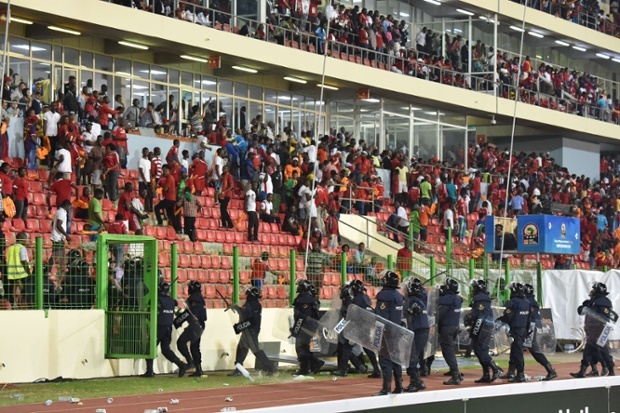 Africa Cup of Nations: A few good men stand up to be counted in 'war zone'