Recently, a young catholic woman approached me to express how inadequate she felt about her
response to a non-believer who made sharp utterances against praying for the dead when he
claimed that there is no repentance in the grave. I explained to her that the cliché, “no repentance
in the grave” is misleading and those who propagate it, be they non-believers or neoPentecostals, lack a complete understanding behind this age-old Christian practice. Of course,
there is no repentance in the grave because the dead cannot help themselves; they can no longer
repent or ask for forgiveness; but the bigger question is this: can the dead be forgiven through
intercessory prayers?

The Book of Revelation clearly states that nothing unclean will enter heaven (Rev.21:27).
Therefore, only those who die in perfect holiness, that is, without any stain of sin can be in the
presence of God. Even though this is not an impossibility, it is also true that countless good
people die in God’s grace and friendship, yet are not perfectly purified due to human frailty. As
we often say, no human being is perfect, and it isn’t different at the hour of death. Thus, the
faithful intercede for the dead, imploring God’s mercy for the cleansing of sin, so that they might
become perfect as their Father in heaven is perfect.

The tradition of praying for the dead can be gleaned from Scripture. In 2Maccabees 12:38-45, we
see how Judas, the commander of the army of the Lord, requested prayers for the fallen soldiers
who were found wearing amulets taken from a pagan temple. The purpose of the prayer was for
the Lord to completely pardon their sins so that they may rise again in the resurrection. The text
further insists that it was noble and wholesome to pray for the dead as the community believed in
the reward of those who died as believers.

Jesus Christ himself alludes to forgiveness of sin after death when he says the one who speaks
against the Holy Spirit cannot be forgiven either in this age or in the age to come (Mtt 12:32).
Where is this age to come? This age cannot be heaven because nothing unclean can enter heaven.

It is a time of purging, cleansing, and purification in readiness to enter heaven. The logic is
simple: those in heaven have no need of our prayers and there is no hope in hell. Therefore, there
must be a middle ground for those still in need for atonement for their forgivable sins. It is this
middle ground the church calls purgatory when it states that “all who die in God’s grace and
friendship, but still imperfectly purified, are assured of their eternal salvation, but after death
must undergo purification so as to achieve the holiness necessary to enter the joy of heaven”
(CCC1030-1031). St. Paul alludes to this purifying process when he writes about God revealing
the quality of each man’s work by fire and purifying him-this purification relates to sins, not just
good works.

Sacred Scripture is replete with intercessory prayers for both the living and the dead. Paul prays
for his dead friend, Onesiphorus, “May the Lord grant him to find mercy from the Lord on that
day. And you know very well the services he rendered in Ephesus” (2Tim 1:16-18). Similarly, in
Ruth 2:20, “May he be blessed by the Lord, who is ever merciful to the living and the dead” was
exclaimed by Naomi to her daughter in-law. And Sirach 7:33 states: “Let your generosity extend
to all the living, do not withhold it even from the dead. Peter prayed to the Lord for his dead
disciple, Tabitha, and restored her to life” (Acts 36-37).

The power of intercessory prayers can never be underestimated. In the Christian worldview,
death only brings about a physical separation but it cannot end the bond of friendship with the
church, the Body of Christ. Since the fourth century, the early Christians, in reciting the
Apostles’ creed, professed their faith in the Communion of saints. This implies when a church
member precedes us in death, he remains in Communion with the saints in heaven and the
pilgrim church, the Body of Christ, and the prayers of the church members on his behalf are very
much efficacious.

To use the example of the Scriptural episode of the paralytic, four members of a community
defied all odds and forced their way through the roof and placed the sick man in front of Jesus.
Jesus looked at their faith, and healed the sick man saying, “Son, your sins are forgiven” (Mk
2:2-5). The sick man could neither help himself nor ask for forgiveness, yet Jesus forgave him on
account of the intercession of the four men. The mercy of God cannot be measured. He is the
God who is able to do more than we can ask or imagine, the God who restores life even to dry
bones.

It is in keeping with this faith practice that the Catholic church dedicates the month of November
to the departed souls in need of prayers. In St. Agnes parish, framed pictures of our deceased
family members are brought to Mass on November 2, the day the church commemorates the
souls of the faithful departed, to pray for them (as seen above). The most powerful intercessory
prayer on earth is the Holy Mass, at which the faithful offer their prayers through Christ and with
Christ to God the Father. The meaning of Mass is perfectly summarized in the Divine Mercy
prayer: “Eternal Father, I offer you the Body and Blood, soul and Divinity of your dearly
beloved Son, our Lord and Savior Jesus Christ in atonement for our sins and those of the whole
world.”

Why Babangida, Gusau removed me from power – Buhari 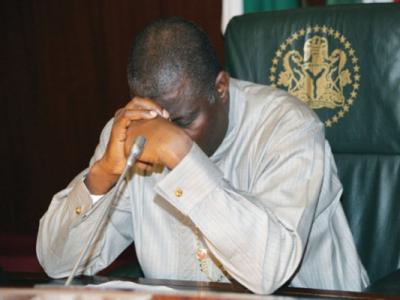