The Bank of Tanzania’s latest monthly economic review (MER) for October 2022 said that the increase was largely driven by non-traditional goods and services receipts.

“Noticeable improvements have been registered in the exports of diamond, with the value surging to USD 45.8 million from USD 3.1 million recorded in the corresponding period in 2021,” the Review said.

It adds: “The development is largely explained by resumption of production at Williamson Mines after a closure and maintenance period. Meanwhile, gold, which accounted for 38.7 percent of goods exports fell to USD 2,781 million, from USD 2,886 million.”

“Services receipts increased to USD 4,476.5 million in the year ending September 2022 from USD 2,746.6 million in year to September 2021, boosted by higher travel and transport receipts,” it said.

On another development, the MER went on to say that the external debt stock (public and private sector) as at end of September 2022 was USD 27,322.7 million, USD 274.6 million lower than from the level recorded at end of August 2022. During the month, disbursements amounted to USD 94 million, all in favour of the Central Government.

It pointed out that the debt service amounted to USD 48.8 million, of which USD 37.9 million was principal repayment and the balance was interest payments.

“Transport and telecommunication activities continued to account for the largest share of the disbursed outstanding debt (DOD), followed by social welfare and education, and energy and mining activities,” it observed.

The MER underscored that composition of external debt by currency remained almost the same compared with the previous month, with the largest share denominated in USD (69.1 percent), followed by the Euro.

“The stock of domestic debt amounted to Tsh25.5 billion at the end of September 2022, Tsh310.1 billion higher than at the end of the preceding month,” the report said.

It further said that the monthly increase was mainly on account of net domestic financing and increased utilization of overdraft facility. 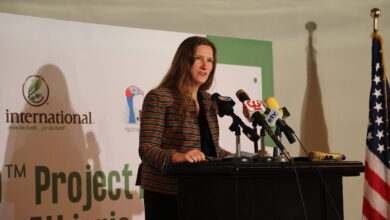