Sonangol, ANPG and IRDP heads address the pathway to enhanced inclusivity, profitability and sustainability of the national energy sector on the first day of Angola Oil & Gas 2022.

Heads of Angola’s major oil and gas companies – Sonangol, the National Agency for Oil, Gas and Biofuels (ANPG), Oil Derivatives Regulatory Institute (IRDP), ExxonMobil and Eni – delivered powerful opening addresses during the first day of the Angola Oil & Gas (AOG) 2022 Conference & Exhibition  on Tuesday. Under the theme, ‘Promoting an Inclusive, Attractive and Innovative Oil & Gas Industry in Angola,’ keynote speeches emphasized the need for renewed foreign direct investment to advance the national energy sector and meet global goals in sustainability.As the national oil company of Angola, Sonangol  has reconcentrated its activities on the primary exploration and production value chain – divesting its non-core assets, acquiring stakes in new exploration blocks, advancing several refining and gas monetization projects, and pioneering innovative projects in renewable energy and hydrogen production. Looking ahead, the state-owned oil firm is seeking to increase its operating share of total production to 10% by 2027 and cement its transformation into a modern, integrated and competitive energy player.“Sonangol has adopted a just energy transition strategy based on diversification. With this approach, oil is our main business pillar and gas is the primary driver for cleaner energy production,” stated Sebastiao Gaspar Martins, Chairman of the Board of Sonangol. “We have also made progress in investment in renewable energy projects, with two solar photovoltaic plants on the way in partnership with renowned IOCs, to bring solar energy production to approximately 150 MW. In addition, Sonangol is engaged in the implementation of green hydrogen production (Energy Capital & Power) projects to be developed between our R&D center and two German companies.”Since its formal inauguration in February 2019, the ANPG has revitalized the Angolan upstream sector through its designated role as national concessionaire. In addition to spearheading a six-year licensing round strategy that puts 55 total blocks on offer between 2019 and 2025, the Agency has launched a revised Hydrocarbon Exploration Strategy 2020-2025, which centers on heightening research and evaluation activities in sedimentary basins and increasing production through the development of assets located near-by existing production infrastructure.“Oil and gas are strategic resources for our internal revenues and the diversification of our economy… We are trying to fight against the decline, and this cannot be done without the participation of all parties, including operators and service providers,” stated Paulino Jerónimo, President of the ANPG. “Our country continues to hold huge potential in oil and gas and important resources for its development. Our strategy for the future will focus on implementing actions to change the decline of production and oil reserves, securing sustainability, making sure there is more production, and concluding the implementation of Hydrocarbon Exploration Strategy 2020-2025, which focuses on evaluating the interior basins.Meanwhile, the IRDP has led several achievements in line with its mission to regulate the downstream sector and is actively aiming to increase the number of fueling stations in Angola, as well as work toward the complete liberalization of the sector. However, Director General of the IRDP, Manuel Albino Ferreira, emphasized that progress remains to be made in order for Angola to become self-sufficient in the production of refined petroleum products, with a view to exporting to the region in the future. “To make the sector more competitive and attractive, the IRDP has worked to formally liberalize the entire downstream value chain. At the same time, challenges remain: improving the refining capacity of the country to achieve self-sufficiency, promoting the expansion of onshore storage capacity with the aim to accommodate oil reserves, and expanding the national petrol station network,” stated Albino Ferreira. “Our current refining capacity is not enough to meet the national demand for oil derivatives and fuels, such as diesel and gasoline, which obliges us to import roughly 69% of our local needs for liquid fuels,” he continued.On behalf of the private sector, leading majors ExxonMobil and Eni (which now operates in Angola as Azule Energy)  highlighted their long-standing commitments to Angola’s exploration and production successes. Both companies have taken a leading role in Angola’s upstream revival, with ExxonMobil  striking oil earlier this month as part of its Block 15 redevelopment plans and Eni having led several successive offshore oil discoveries in Block 15/06.“Our industry has been and will contribute to be a substantial contributor to government revenues. As we work to address growing global energy demand, one thing is certain: oil and gas will continue to be needed, while renewables mature and penetrate global markets,” said Melissa Bond, President and General Manager of ExxonMobil Angola. “To assist with the energy transition , significant investments in new supplies of oil and gas will be required. We need to ensure that opportunities across Africa are robust and globally competitive to attract limited investment funds available.”“Africa is one of the world leaders in ensuring energy accessibility and security,” affirmed Guido Brusco, COO of Natural Resources, Eni S.p.A. “This is a unique opportunity for African countries. We will do everything we can to take advantage of this opportunity, without forgetting the energy transition process. Upstream investment does not contradict with the energy transition.” 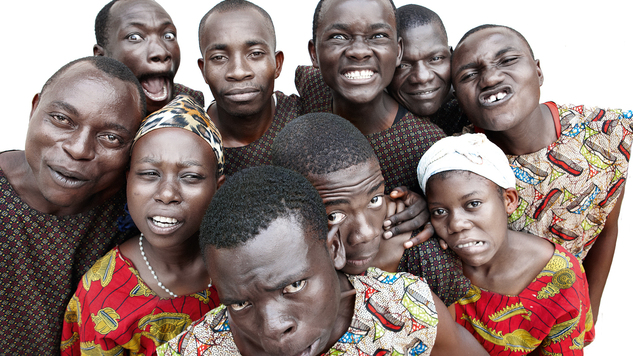 Black swan: DR Congo could be Africa’s richest nation by 2035