Fighting broke out among parliamentarians in Sierra Leone’s parliament on Wednesday as lawmakers debate a proposed change in its electoral laws which pave the way for proportional representation in next year’s polls.

The main Opposition All People’s Congress (APC) objected to the introduction of the PR system  causing tension in the well , with both opposition and ruling MP members fighting each other   which later turned chaotic and violent.

Police were called in the well to calm down the situation, video footage shared on social media show security forces removing and pushing some law makers out of the sitting premises as they scuffle with law enforcement officers.

In the PR system, political parties will draw up lists of those they want to represent in parliament each of the country’s 16 districts, and will gain seats based on the percentage of popular votes secured in each district, however, this system has been criticised by the main opposition APC party referring to it as ‘unconstitutional’ and that the only time the West African nation had used it was in 1996.

‘’These Regulations will form part of the Laws of Sierra Leone after the expiration of 21 Days or until otherwise annulled by two-thirds of votes cast by Members of Parliament,’’ a statement from the country’s parliament reads.

Minister of Justice, Umaru Napoleon Koroma however was able to lay in parliament the electoral regulations despite delayed proceeding in the well after a notice of motion was given by Hon. Musa Fofanah of C4C for the said regulations be laid to be debated.

The West African nation will go into its presidential elections on June 24th 2023 and will held simultaneously its parliamentary and local council elections respectively.

‘’ That the 24th day of June 2023 is here by proclaimed as the time for election to the office of the President of the Republic of Sierra Leone,’’ Mohamed Konneh, Sierra Leone’s Chief Electoral Commissioner said in March.

In a statement on Wednesday, the country’s deputy Minister of Justice Umaru Napoleon Koroma condemned the brawl that occurred in parliament by law makers adding if anyone is against the electoral reform, they can move a motion for it to be debated and voted on.

‘’Today, I was in the well of Parliament to perform my constitutional duty as Deputy Minister of Justice – to lay a Statutory Instrument – as my boss was on other assignment. During the process and the fracas that ensued, one of the opposition members of parliament, who can be identified from this video, threw a vase in parliament at me. It was aimed at my head, but by the grace of Allah, I was saved. This was beyond politics. If you were against the instrument, all you needed to was to move a motion for it to be debated and voted on,’’ the deputy justice minister said.

In August, there was huge protest against the Bio – government by angry  citizens in Freetown and some parts of the country over the rising cost of living and hardship which Bio rejected as ‘’politically motivated protest’’ which cost the loss of lives of 31 (Thirty-one )  civilians including 6 (six ) police officers.

Bio is seeking for re-election in the June 2023 polls amidst soaring prices, rising inflation, and high cost of living in the small British West African nation. 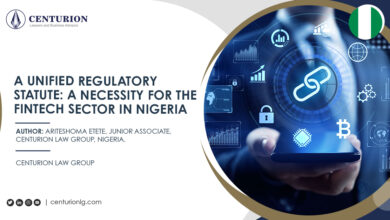 A UNIFIED REGULATORY STATUTE: A NECESSITY FOR THE FINTECH SECTOR IN NIGERIA

NEF-GG 2020 kicks off today! Here’s what you should know