After matchday One, the balance sheet of these teams shows a contrasting picture, with fears that it may be a bad campaign once more like the previous editions. While teams continue their unwanted losing record, the maghrebian sides have, however, been the joy givers for African supporters both on the continent and those who made the long journey to support their country in Qatar.

Pan African Visions now takes a look at the performance of the five African countries participating in the FIFA Qatar World Cup after round one.

As if it was written in the clouds, Breel Donald Embolo will score the lone goal on Thursday, November 24 at the Al Janoub Stadium to give Switzerland all three points against the Indomitable Lions of Cameroon.

Monaco forward broke the deadlock three minutes into the second half of Switzerland’s opening fixture, but he chose against celebrating it and instead raised both hands while appearing to apologise.

The defeat for the Indomitable Lions means the side has now lost eight successive games at the World Cup finals but Rigobert Song’s side impressed at times here. Choupo Moting, Anguissa, and Onana impressed but the others will need to step up if they are to become the first Cameroon team to progress beyond the group stage since 1990.

Cameroon now faces an uphill struggle to reach the knockout phase of the FIFA Qatar World Cup, with this team looking like a pale imitation of the brutal but brilliant side which broke new ground for Africa as quarter-finalists at Italia 90. Cameroon’s next game is against Serbia on Monday before a showdown against Brazil. Switzerland, with this win, gives the side breathing space before their match against group favourites Brazil on Monday and then concludes against Serbia.

After seeing the Indomitable Lions crumble earlier in the day, the Black Stars of Ghana were hoping to avoid the same fate. The bravery of the side was evident but Christiano, Joao Felix and substitute Rafael Leao had another idea. Despite Andre Ayew and Osman Bukari scoring for Ghana, the Black Stars lost 2-3 against Portugal.

The game was a bittersweet moment for Christiano Ronald who made history during the game. He said: “This was a beautiful moment, my fifth World Cup. We won, we started on a good foot and it is a very important win. The first match is crucial in these tournaments. “The first player to score goals at five World Cups, this makes me very proud.”

Ghana coach Oddo Atto criticised the American referee who awarded the penalty that resulted in Ronaldo’s goal, calling it a “special gift”. “If somebody scores a goal, congratulations. But this was a gift,” Addo said. “What more can I say? (It was) a special gift from the referee.”

Ghana will hope to redeem themselves on Monday, November 28 against South Korea while Portugal, who are top of Group H will face Uruguay.

With the absence of star player Sadio Mane, the Teranga Lions of Senegal looked like a shadow of themselves. Cody Gakpo and Davy Klaassen got the goals on November 21 as the Netherlands left it late to secure a 2-0 victory over Senegal, the African champions.

The Dutch, who had failed to qualify for the 2018 World Cup, have now gone 16 games without defeat since coach Louis van Gaal took over for a third time, making him the most successful Dutch coach with 38 wins, surpassing Dick Advocaat. They also stretched an unbeaten record in their opening game at World Cups that dates back to 1938.

Senegal had a bit more possession in the second half but despite the relentless drumming from their small fan group in the stands, they could not find the back of the net. To make matters worse, Cheikhou Kouyate had to be taken off injured before Gakpo sneaked in to snatch the opening goal.

“At times we may have been too rushed and tried to force things,” said Netherlands captain Virgil van Dijk. “But in the end, Cody did it very well.

“In midfield, however, if you lose possession, it is open and they (Senegal) can be dangerous with their speed. That has to be better because Ecuador also has the speed that can hurt you on the counter.

The Netherlands join Ecuador on top of Group A, with three points each after both nations won their opening games 2-0.

Tunisia likely deserved more but an expert save shortly before halftime by goalkeeper Kasper Schmeichel helped Denmark preserve the draw. The side also survived the chance of a last-minute penalty for Denmark but the referee ruled to play on after a video review for a possible handball.

“It’s amazing what (Saudi Arabia) did,” Tunisia defender Montassar Talbi said. “We watched a bit of the game in the dressing room. We saw the results. It gave us maybe a little power. We are proud of them. For the Arab countries, too.”

“I’m always proud to represent Tunisia and we always go on the pitch 100% committed,” Aïssa Laïdouni said through a translator.

Tunisia will next play Australia on Saturday in Group D and Denmark will meet defending champion France on the same day.

Atlas Lions holds the Checkered Ones

Seen to be in the “Group of death” the Atlas Lions of Morocco became the second African team to pick a point at the ongoing FIFA Qatar World Cup. Facing a tough Croatia side, Morocco showed their resilience in the face of mounting pressure from Croatia, with Hakim Ziyech, Achraf Hakimi, Noussair Mazraoui, Sofiane Boufale, and Youssef En-Nesyri starring for Morocco.

The North African team made life difficult for the runners-up in 2018 due to their excellent pressing but despite being the better side it was Croatia that had the better chances overall.

Walid Regragui emphasized that they hold no fear of the challenges that they are facing. “We have good players… We are ready to give the maximum and to please our supporters,” coach Regragui said in a pre-match conference on Tuesday one day before the match.

Morocco will play its second match against Belgium on November 27, while its last match in the group stage will be against Canada on December 1. 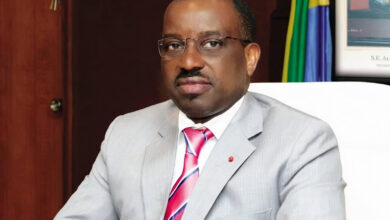