His country may be small in size and population, but it is one of the power players when it comes to energy related issues across Africa. In Petroleum Minister Gabriel Obiang Lima, Africa has one of the most articulate voices in articulating continental wide priorities.

At the recent African Energy Week, Minister Obiang Lima said discussing the energy stakes and priorities for Africa must take place within the continent. Visibly impressed with the success of AEW 2022, Minister Obiang Lima said it was heart warming to see many Africans not only exhibiting a thorough mastery of the issues at stake but speaking in unison on the way forward.

“We own the resources. Africa has oil, gas, iron ore and every mineral we have; that is our leverage. The only problem is that we seek a third party to exploit these resources. We need to learn to do it ourselves,” Minister Obiang Lima said in response to the questions on the leverage Africa has.

We have come to the end of the African Energy Week 2022, what is the takeaway message for Africa?

Minister Gabriel Obiang Lima:  The Minister of Ghana said united we are stronger, divided we are weaker. What I like is that for the first time we are seeing many African Energy personalities speaking with the same voice, understanding the topics and defending the same course and having the same narrative. We need to continue doing this because in the end when we talk about African Energy Week, it is a mix of energy and it is not to come and focus on only one resource; I to talk about oil, gas, nuclear, hydrogen, whatever is the resource that can create energy security it has to be welcome.

For the first time, we are not just doing a good job, we are mastering it. I am very proud to see many Africans, private institutions, and Ministers talking with clear knowledge of the topic. What we need to do is not just make sure that the Saudis come, the Americans, the Chinese all of them have to be here next year because if we want to talk about energy in Africa, it needs to be talked about it in Africa.

You have been one of the most forceful voices. What leverage does Africa have to ensure that the world considers its opinions?

One of the things I picked up from your interventions is that the absence of collaboration or trade between African countries themselves. What is it that could be done and beginning with your country Equatorial Guinea?

Minister Gabriel Obiang Lima:   That narrative is an old one; that is not the case. There has never been a higher level of collaboration between Ministers and industries in Africa than now. All that collaboration is already happening, and this is why this transformation is revolutionary because for the first time African countries that have never travelled to their neighbours are now collaborating, talking about their development. It is a game changer and even if it is seen as we are not talking, we are talking through various means of communications such as WhatsApp and email groups. There has never been a greater share of information between ministers than what we have now.

With regards to COP 22, are you going to be there?

Next year we are going to be here for the African Energy Week 2023, what are the yard sticks we should use to hold you accountable for the progress or no progress?

Minister Gabriel Obiang Lima:   How many projects and contracts we sanctioned. We have done the talk and now we need to do the work. We need to start executing projects. Next year people will be tired for me to talk about the same thing. I am not coming to talk but to execute; hopefully I say on as the Minister. What we need to count on next year is to execute, and sign contracts and projects and that will prove if we are doing a good job or not. 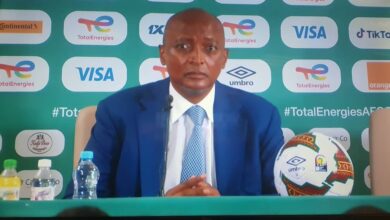 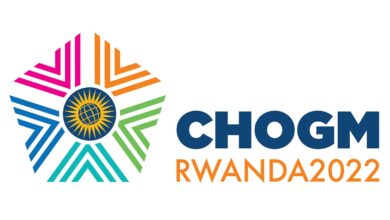