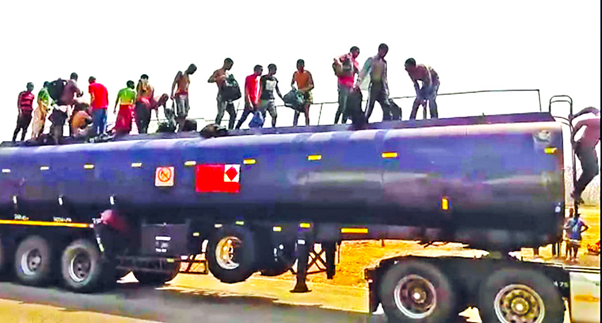 The Mozambican police announced on Tuesday that the 99 migrants hidden in fuel tankers are Malawian who were being transported to South Africa and paid 2,500 rand each for the service.

The driver fled after the tanker was intercepted by the police.

The truck was on its way to the town of Beira, in the neighbouring province of Sofala. However, was unable to reach its destination because it was intercepted by the police at a checkpoint.

“We are working to identify and arrest the driver so that he can be held responsible,” Mindu said.

Most migrants use Mozambique as a springboard to reach South Africa, while others, a minority, settle in Mozambique where they get involved in the informal market.

Mindu declared that Mozambican police, with the involvement of other institutions, is cracking down on illegal immigration in the country, particularly along the main roads that cross Manica province.