Simulations show that Zimbabwe will need to reach productivity growth rates of 8–9 percent per year in the next seven years to advance to UMIC status.

To achieve the ambitious goal of becoming an upper-middle income country (UMIC) by 2030, Zimbabwe will need to sharply accelerate productivity growth and ensure quality jobs, according to the World Bank’s Zimbabwe Country Economic Memorandum (CEM) launched today.This is the first CEM since 1985 and its release proposes pathways that the country can undertake to increase the productivity of the sizable informal sector and boost trade to scale up productivity of the formal sector. “Increasing productivity is essential for reaching UMIC status, raising incomes, and improving livelihoods. Countries that have transitioned to UMIC status have seen an improvement in the economy with extreme poverty falling, more jobs created , and easier access to health, education, and social protection,” says Marjorie Mpundu, World Bank Country Manager Zimbabwe.Simulations show that Zimbabwe will need to reach productivity growth rates of 8–9 percent per year in the next seven years to advance to UMIC status. Achieving such unprecedented rates for Zimbabwe will require dramatic improvement in the policy environment to address the binding constraints to productivity growth.Formal firms face several business environment constraints that limit productivity. These include macroeconomic instability and price and exchange rate distortions which have led to limited funding to finance new investments. Inefficient allocation n of resources has discouraged the entry of new, potentially productive firms, forced productive firms to exit, and allowed the survival of less competitive firms. Informality and low learning from international markets also are among the key drivers behind weak productivity performance.The informal sector has been the largest employer in Zimbabwe over the last four decades, suppressing productivity growth and long-term development. Presently, informal activity accounts for nearly two-thirds of Zimbabwe’s output and four-fifths of its employment, which is higher than the average level in Lower-Middle Income Countries and UMICs. Creating more and better jobs in the formal sector will require policies that tackle obstacles to both formal and informal productivity growth.Boosting trade can also scale up productivity of the formal sector. Although there are significant opportunities to reboot the country’s participation, Zimbabwe is yet to successfully integrate in global value chains. Though export performance has been improving, exports have been dominated by a few primary products and concentrated in just a few destination markets. Lowering tariffs on intermediate and capital goods and tackling trade facilitation issues would ensure that the country benefits significantly from the implementation of the African Continental Free Trade Area.“We are currently at the midpoint of implementing the National Development Strategy 1 in our journey towards Vision 2030. We are continuously taking stock of our achievements and our misses with a view of taking remedial measures where necessary. In doing so, we rely on both primary and secondary data from all sources including from development partners like this CEM. It provides us with useful diverse information that will shape our next course of action,” said Honorable Professor Mthuli Ncube, Minister of Finance and Economic Development.The six key pathways proposed by the CEM to boost productivity and quality jobs include ensuring and sustaining macroeconomic stability; removing distortions and misallocation of resources; enhancing the productivity of the informal sector and linkages with the formal sector; encouraging the formalization of informal firms; supporting export diversification and participation in global value chains; and taking greater advantage of regional trade integration.
*World Bank Group. 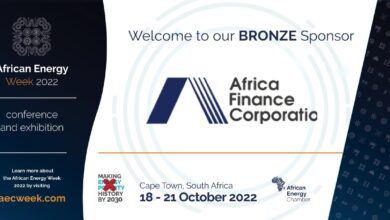