UNCTAD is set to host its second Illicit Trade Forum on 6 and 7 September at this time when the world loses more than $2 trillion annually due to illicit trade, which drains countries of valuable resources and impedes sustainable development.

UNCTAD statement said that the event to be held in Geneva and online has organized in collaboration with the Transnational Alliance to Combat Illicit Trade (TRACIT) and will provide a platform for countries to collaborate on tackling this menace to development.

It will bring together a wide range of stakeholders, including member states and representatives from intergovernmental organizations, NGOs, academia and the private sector.

The forum is open to the public for either virtual or in-person participation but registration is required.

UNCTAD defines illicit trade as the transaction of any goods that fail to comply with legislative and regulatory frameworks, including in the ways in which they are produced, transported, certified or sold.

Ms. Grynspan said illicit trade significantly endangers all aspects of sustainable development and especially represents a triple threat to its financing. Developing economies are particularly vulnerable to this threat.

UNCTAD is well-positioned to help developing countries confront the challenge of illicit trade through enhancing international collaboration across the trade and development network, as mandated by its 15th quadrennial ministerial conference last year.

During the forum, UNCTAD will present its work programme of potential areas for cooperation and collaboration to address illicit trade.

Illicit trade in times of crisis

The forum will examine how to curb illicit trade during crises such as pandemics, wars, financial crashes and natural disasters, which are ripe opportunities for illicit profit-making and exploitation.

One of its sessions will raise awareness about illicit trade’s growing threat during economic, health, environmental and conflict crises, and draw attention to new strategies to fight this phenomenon.

In recent years, illicit trade has moved significantly towards the digital economy, with increased presence on social media and online marketplaces. The COVID-19 pandemic has greatly expedited this trend.

Participants will also discuss how to close governance gaps that spur illicit trade in maritime transport.

Containerized maritime transport is the backbone of globalization and accounts for the highest volume and value of illicit goods traded.

Abuse of containerized maritime transport in illicit trade is not a stand-alone problem, and a coordinated approach to address it is required.

Trade in falsified medicines: A danger to health and development

Another session of the forum will highlight the best practices of governance and cooperation with the pharmaceutical industry to ensure legal and effective distribution of genuine medicines and vaccines.

Substandard and falsified medical products are a serious and growing threat to global health.

The average value of customs seizures of counterfeit and stolen medicines grew by 5% in 2020. A pan-African police operation resulted in seizures of more than 12 million illicit health products in 2021.

Estimates show that up to 169,000 children may die from pneumonia every year after receiving counterfeit drugs, and that fake anti-malarial medication might be responsible for an additional 116,000 deaths in sub-Saharan Africa alone.

Illicit financial flows result in the loss of desperately needed resources to fund public initiatives or critical investments. Collectively, for developing countries, this often represents hundreds of millions of dollars in lost revenues.

Closure Of Buzwagi Gold Mine Distresses Gold Production In Tanzania 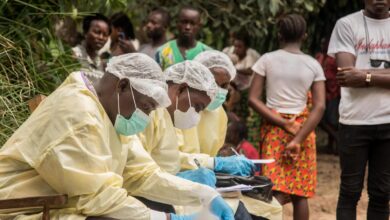 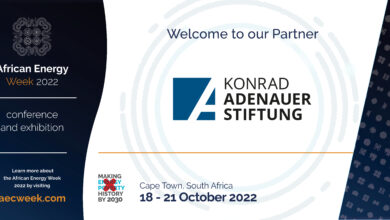