The Monetary Policy Committee (MPC) held its 222nd meeting on 23 rd September 2022, to assess the conduct of monetary policy in July and August 2022 and review performance of the economy.

The Central Bank statement which revealed out on Saturday said that the MPC was satisfied with the conduct of monetary policy and noted that the performance provided scope for promoting economic activities, considering the challenging environment of rising inflationary pressures from high commodity prices in the world market.

The MPC statement also said that in the first quarter of 2022, the economy grew by 5.4 percent in Mainland Tanzania, in line with the projection of 4.7 percent for the entire year.

The statement further said that the performance was mostly contributed by agriculture, construction, manufacturing, and mining.

It went on to say that the Zanzibar economy grew by 5.1 percent, compared with the projection of 5.4 percent for 2022, owing to improvement in activities in the hospitality industry. “Therefore, there is a high likelihood of realizing the growth projections for 2022.”

The statement has also pointed out that as for inflation, the MPC observed that it sustained a gradual increase and remained at single digit. In Mainland Tanzania, it edged up to 4.6 percent in August 2022 from 3.6 percent in March 2022, below the target of 5.4 percent for 2022/23.

“A similar trend of inflation was observed in Zanzibar, where it reached 5.4 percent from 3.5 percent, compared with the target of 5 percent,” it said.

“Money supply and private sector credit growth continued to increase, the later at a faster pace. The increase is associated with monetary and fiscal policy accommodation, coupled with improved business environment and recovery of private sector activities from the effects of COVID-19. M3 grew by 7.9 percent and 11.5 percent in July and August 2022, respectively, broadly consistent with the target of 10.3 percent for 2022/23,” the statement observed.

The statement said that private sector credit growth improved significantly in July and August, reaching around 20 percent, compared with the projection of 10.7 percent for 2022/23.

“Fiscal performance was broadly on track. In Mainland Tanzania, revenue collection was 93.8 percent of target in July and August 2022, of which tax revenue was 95.9 percent of the target, while expenditure continued to be aligned with available resources,” it said.

In Zanzibar, fiscal performance was also on track, with tax revenue collection at 96.4 percent of the target, following the introduction of EFD machines.

Expenditure continued to be aligned with available resources.

However, gross official reserves remained adequate at USD 5,092 million in August 2022, sufficient to cover about 4.6 months of imports.

In view of the current challenging global environment, the MPC reiterated on the need to sustain order in the foreign exchange market and ensure reserves adequacy.

The MPC statement concludes, “In the context of the current global environment of high inflation and commodity prices, which has contributed to rising inflationary pressures in the country, the MPC approved for the Bank to continue with gradual reduction of liquidity in September and October 2022.  The policy decision aims at reducing inflationary pressures, while safeguarding economic activities.”

The Democratic Republic of the Congo: Thousands affected by flare-up of violence in Maï-Ndombe province 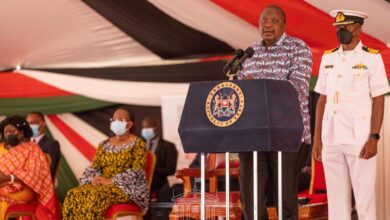