NAIROBI, Kenya, 6 September 2022 -/African Media Agency(AMA)/- Start Network, innovators in humanitarian financing and rapid response to crisis efforts in five continents, released £300,000 in August 2022 to support Kenyans prior to predicted post-election tensions. This anticipatory response is continuing to support fast and effective assistance to those that may be directly affected by friction arising from the contested general election.

Start Network, which is made up of international, local, and national NGOs working in over 80 countries, has disbursed these funds through its flagship initiative, the Start Fund, allocating them to Christian Aid and another member who are responding in the region.

The funds are tailored to addressing underlying issues, which often include ethnically divisive politics, tribal blocks, electoral process gaps, economic downturn and lack of civic understanding; issues that have historically emboldened election-related tension in the country. Some of these escalated into violent protests in Kibera (within Nairobi City) and in Kisumu town after the election results were initially announced on 10 August 2022, both areas having been selected for Start Fund support in advance.

“With an estimated 250,000 people considered to be at risk, it was essential we took learnings from the past, prepared for the present and acted swiftly to help mitigate future challenges,” says Start Fund Programme Manager, Serena Suen. “We are glad to offer immediate, on-the-ground relief efforts, particularly to women, girls, people with disability and those most vulnerable, during this time.”

Managed collectively by our local, national and INGO members, the Start Fund is a rapid and early response mechanism for underfunded emergencies. Projects are reviewed by humanitarians working with affected communities so that responses selected are the most appropriate to assist communities caught up in small-to-medium scale emergencies. Funding is released within 72 hours of an alert, in the immediate aftermath of a crisis or in anticipation of one.

Nelly Maonde, Start Network’s Regional Advisor for East and Southern Africa says, “The Start Fund applies a no and low regrets approach to financing of anticipatory humanitarian actions because this can save lives, protect people’s dignity, save assets and preserve developmental gains.”

She adds, “In recent years, Start Network has supported anticipatory actions prior to disease outbreaks in South Sudan, Rwanda and Uganda, cyclones in Madagascar and Mozambique, displacement to Rwanda resulting from a volcanic eruption in the DRC and in 2017, election-based violence in Kenya. While certain crises may not occur even if previously predicted due to sudden changes in factors that impact the trajectories of impending crises, the no and low regrets approach enables Start Network to support these contexts and improve predictive models.”

By tackling the biggest systemic problems that the humanitarian sector faces, including slow and reactive funding, Start Network is leading the charge in bringing to the fore a new era of humanitarian action focused on locally led solutions, new forms of financing and collective innovation. With support from INGOs, local and national members, Start Network aspires to significantly reduce adverse effects of both man-made and climate-related emergencies.

Nigeria to host Shelter Afrique’s 42nd AGM in May 2023 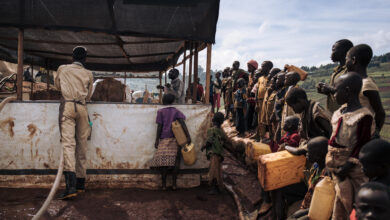 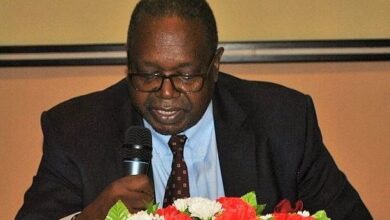