Pope Francis head of the Catholic Church and sovereign of the Vatican City State has called for the release of some eight persons kidnapped in Mamfe, South West Region of Cameroon.

Taking to its official Twitter account, Pope Francis said: “I join in the appeal of the Bishops of Cameroon for the liberation of eight people kidnapped in the diocese of Mamfe, including five priests and a religious sister.” “Let’s pray together for them and the peoples of Bamenda; may the Lord grant peace to that dear country.”

In an interview on September 21 with ACI Africa, Archbishop Andrew Nkea said since the abductors made contact with Church authorities, “they are only asking for money.”

“Those who abducted these people and set the church ablaze are only asking for ransom,” Archbishop Nkea said, and added, “They are demanding 100,000 USD and they have been arguing and coming down. They are somewhere around 50,000 USD but we don’t have even a dollar to pay for this kind of thing.”

This call from Pope Francis follows that made by the Catholic Bishops of the Bamenda Ecclesiastical Province who have called for the release of the said persons.

For the time being, we do not know where they have taken refuge with the clergymen, but searches have been launched by the army to free the hostages. The separatists are blaming the church for holding a mass last Sunday when they had imposed a dead town operation,” Tabenchong Robertson Ashu, Mayor of Mamfe, told Anadolu Agency. 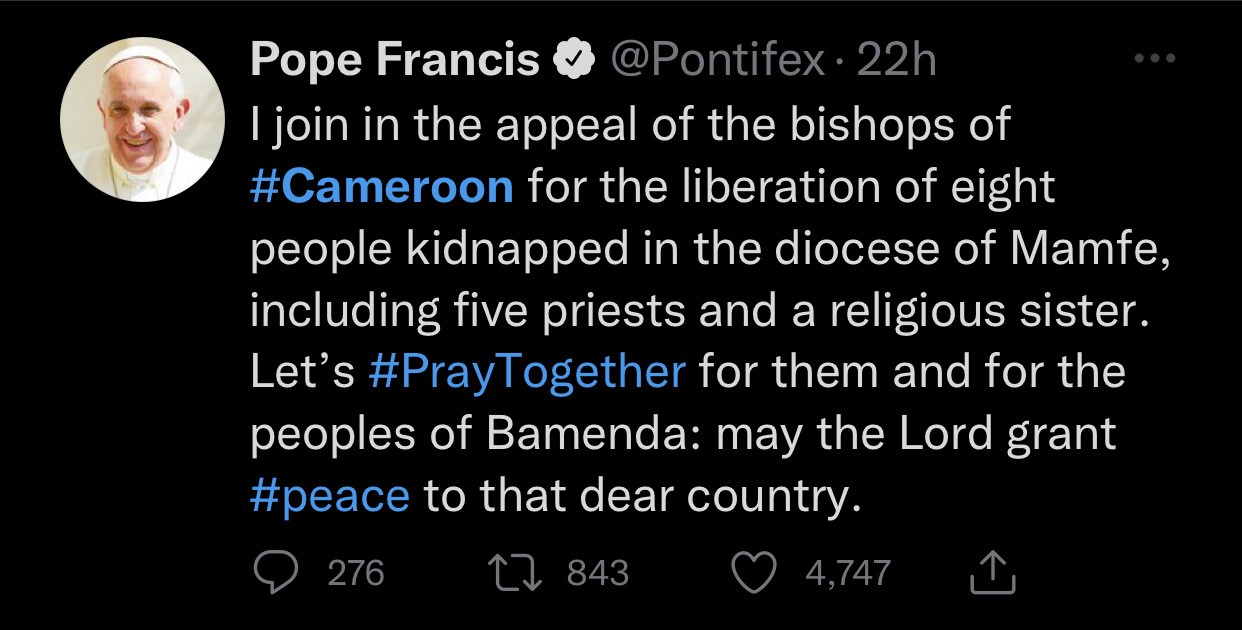 “They carried them off, saying that the church has not been respecting gunmen. We all know that the Catholic Church in particular has always been for justice and peace. The church is neutral. No one has a right to target men and women of God. That is why the bishops wrote a letter to all the Christians, decrying these kidnappings and asking the Christians to pray for them [abducted clergy].