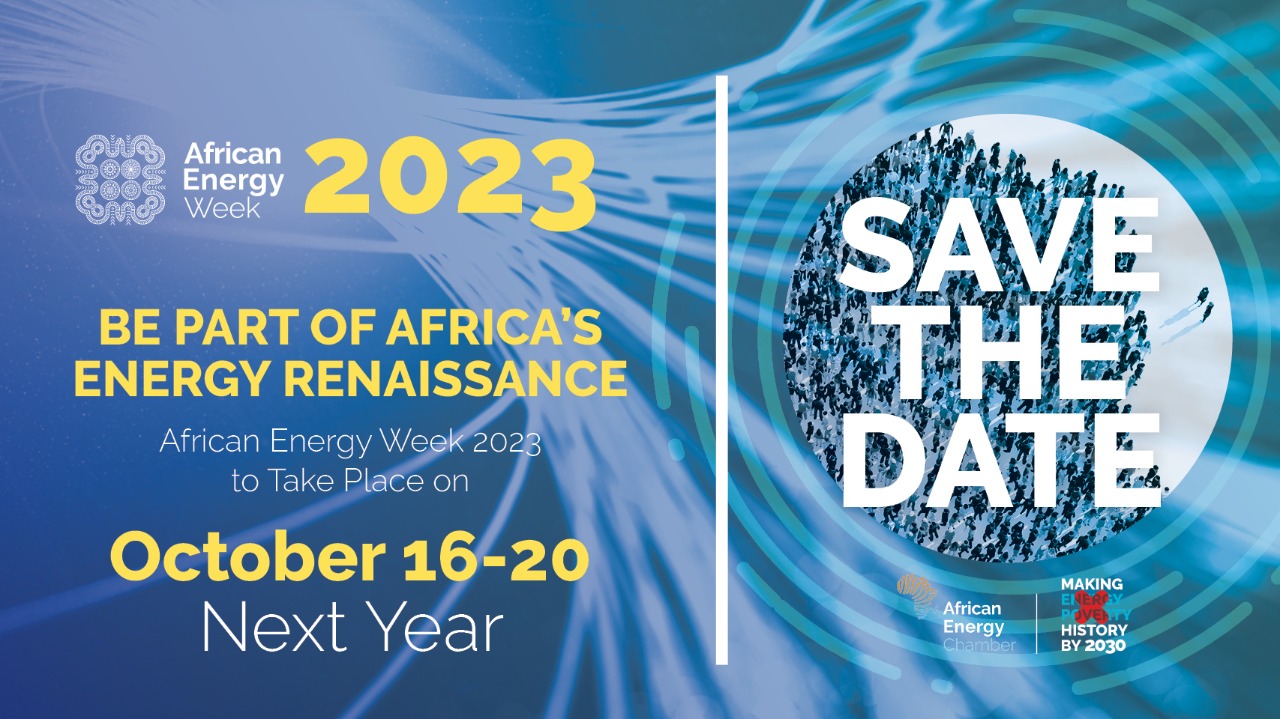 The African Energy Chamber (AEC) is excited to announce that next year’s edition of African Energy Week (AEW)  will take place on October 16-20, solidifying AEW as Africa’s premier energy event.AEW 2023 will once again bring global energy ministers, key players, and both public and private sector executives together for a week of networking and deal-making in Cape Town –  uniting industry stakeholders, international speakers and the who’s who of the African energy sector.“The 2023 event will be even bigger and better than before and will highlight major achievements, developments, deals and discoveries made throughout the African continent,” says NJ Ayuk, Executive Chairman of the AEC, adding that “AEW 2023 will be the place for investors to be introduced to African opportunities, driving the continent’s energy transformation and associated socio-economic growth. Next year’s event will further highlight the role that enabling environments will play in attracting investment, and make a strong case for ease of doing business in Africa’s energy sector. AEW 2023 will continue to be the beacon and platform where discussions and actions about making energy poverty history by 2030 will take place.”With emerging opportunities coming online across the entire continent, Africa’s energy stakeholders are committed to driving the continent’s multi-sector energy growth. Opportunities and emerging sectors will once again be at the forefront of AEW.South Africa and Namibia, for example are both on the verge of becoming hydrogen economies. Additionally, countries such as Senegal, Mozambique and Nigeria are aggressively pursuing natural gas expansion. Meanwhile, priority has been placed on improving the continent’s mid- and downstream industries, with the recently launched Central African Pipeline System set to play an instrumental role, not only in improving refining and processing capacity in Africa, but strengthening refined product distribution. Cutting red tape and allowing ease of doing business on the continent through updated and refined regulatory reforms such as the Nigerian Petroleum Industry Act and the Republic of Congo’s Gas Masterplan, among other topics, will be unpacked at AEW 2023.“Be part of Africa’s energy revolution, where we make decisions on the future of the continent’s natural resources and energy sectors. Be part of AEW 2023,” Ayuk concludes.AEW, in partnership with various international oil companies, national oil companies and governments, is the AEC’s annual conference, exhibition and networking event. Representing the continent’s premier event for the energy sector, AEW unites African energy stakeholders with investors and international partners to drive industry growth and development, promoting Africa as the destination for energy investments.*Source African Energy Week (AEW)