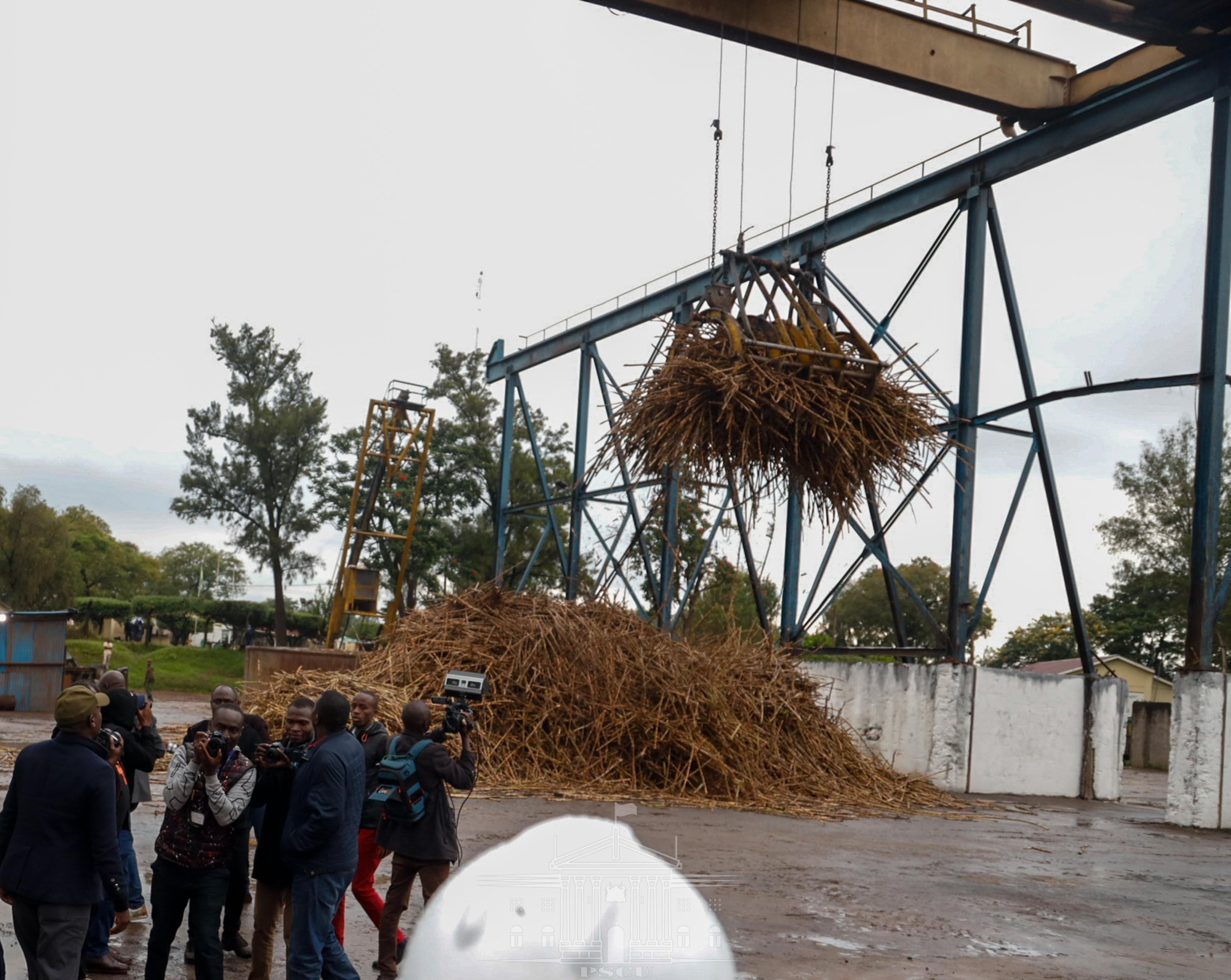 The Nzoia Sugar Factory is set to resume production this coming Sunday following President Uhuru Kenyatta’s announcement of Kshs 500 million bailout to offset arrears owed to farmers and workers.The President, who made the announcement on Tuesday when he visited the factory located in Bungoma County, directed Agriculture Cabinet Secretary Peter Munya to ensure Kshs 450 million owed to farmers is accredited to their bank accounts while Kshs 50 million is paid to the factory workers by Friday this week.President Kenyatta emphasized that his administration has been working to empower sugarcane farmers but some leaders charged with that responsibility sabotaged the Government’s efforts by crippling the operations of the sugar sector.He pointed out that despite allocating close to Kshs 1.2 billion to the Nzoia Sugar Factory, the investment amounted to nothing because the funds were not used for the intended purposes.“Managing Director, Mr. Crispin Omondi, has promised that by Sunday the factory will again start its operations,” President Kenyatta said.At the same time, the President cautioned Kenyans against falling into the trap of smooth-talking politicians who do not have the interests of the country at heart.“Some individuals are moving around promising to undertake projects and yet while they were in Government they did not do anything to improve the welfare of the people. Be wary of sweet talking leaders who say they will do many things and yet when they had opportunity they didn’t do anything,” he cautioned.President Kenyatta urged Kenyans to vote for the Azimio La Umoja-One Kenya Alliance presidential candidate Raila Odinga, saying he has proved to be a genuine leader who cares for the interests of all citizens.“Please try this old man who is humble and focused. This job requires someone with wisdom to run the affairs of the country,” President Kenyatta added.In affirmation, residents of Kanduyi constituency assured the President of their support for Azimio La Umoja-One Kenya Alliance.CS Munya said already 900 farmers have received their payment and the remaining farmers will be paid by Friday.Bungoma Governor Wycliffe Wangamati and Defence Cabinet Secretary Eugene Wamalwa thanked President Kenyatta for providing good leadership and assured him that they will mobilize Bungoma residents to vote the Azimio La Umoja-One Kenya Alliance candidates for the country to continue on its development trajectory.Kanduyi Member of Parliament who is also the chairman of Democratic Action Party Kenya (DAP-K), Wafula Wamunyinyi, said sugarcane farmers are grateful to President Kenyatta for bailing out the sector that is their main source of livelihood.*Source Presidency of the Republic of Kenya