Facebook Twitter LinkedIn Tumblr Pinterest Reddit VKontakte Odnoklassniki Pocket
By Kestér Kenn Klomegâh
Mozambique is increasingly stepping up efforts in the production of liquefied natural gas and consequently become one of the suitable reliable suppliers to Europe. While it might not replace Russia which cuts its export of gas as a reciprocal action against European Union members, Mozambique seeks ultimately to earn some revenue from its natural resources.

Mozambique’s state-owned National Hydrocarbons Company (ENH) has acknowledged the chances of helping to address growing gas needs in Europe, due to uncertainty over Russian supplies following the invasion of the former Soviet republic of Ukraine.

“With the situation of the war in Ukraine, the European market has increased demand for gas. One of the ways to speed up our gas to reach the markets is to use a second floating platform similar to the one that is already here in Mozambique,” said ENH’s Executive Commercial Director, Pascoal Mocumbi Júnior, quoted by Mozambique’s Information Agency (AIM).

Mocumbi Júnior explained that a second floating liquefied natural gas production platform would join an identical infrastructure that already exists in Mozambican waters, if the country were to be part of the solution to the energy deficit caused by the Russia-Ukraine crisis.

The construction time for a possible second floating unit would be three years, two years less than the time it took to build the unit that has already started loading hydrocarbons, as a way to gain time and speed up gas production.

“With the amount of gas existing in Mozambique, automatically positions itself as an alternative to supply the need that currently exists and the faster the country can get its gas on the market, the greater the possibility of taking advantage of the current crisis caused by the Russia-Ukraine conflict,” he stressed.

Late July, the outgoing European Union (EU) Ambassador to Mozambique argued that natural gas from Cabo Delgado was among the alternatives in Europe’s plan to diversify energy sources in the face of constraints caused by Russia’s invasion of Ukraine.

“Mozambique’s gas, with the presence of large European multinational companies, now has an even more important and strategic value,” Sánchez-Benedito Gaspar said in an interview with Lusa, Mozambican News Agency, in Maputo.

According to the diplomat, with Russia’s invasion of Ukraine, Europe came to the conclusion that “it cannot trust its old partner [Russia, among the world’s biggest gas exporters], which is authoritarian and uses gas as an instrument of war,” and is making efforts to secure alternative sources.

“We have adopted a new strategy in Europe, called RePower EU, which has several elements […] With regard to gas, which is considered a transitional energy, we are looking for alternative suppliers […] Mozambique is among the alternatives,” Sánchez-Benedito Gaspar stressed. The Spanish diplomat (EU Representative) ended his mission in Mozambique in July and replaced by the Italian Ambassador Antonino Maggiore.

According to Noticias, an information portal, the government is creating the necessary conditions for resumption of TotalEnergies-led Mozambique LNG project, a verification team is already working in Cabo Delgado.

Minister of Mineral Resources and Energy, Carlos Zacarias, explained that the government wanted to see operations resume as soon as possible. “The security situation in the area where the TotalEnergies and ExxonMobil projects will be implemented has, in our view, improved a lot. Naturally, before resuming activities, there will be a lot of scrutiny on the part of the companies carrying out the investments,” Minister Zacarias said.

Carlos Zacarias said although the government considered the conditions for the resumption of the project were improving, it was up to the company to verify if, from its point of view, the environment to recommence activities was in place. The restoration of security in the district of Palma has permitted the return of some of the residents and the resumption of some economic activities.

According to Minister Zacarias, in the same way that the population was gradually returning following the improvement of security conditions, economic enterprises could also do so. That it was not just the TotalEnergies project that had been suspended, but also many others such as the roads under construction in various locations.

In April last year, the multinational Total announced the withdrawal of all personnel from its LNG project in Afungi. The Mozambique LNG offshore project, valued at around US$20 billion, aims to extract about 13.12 million tonnes of recoverable gas over 25 years and generate profits of US$60.8 billion, half of which will go to the Mozambican state.

In order to achieve the task of exporting to Europe, the Mozambique’s National Petroleum Institute (INP) intends to maximize the use of Mozambican labour in gas extraction projects in Mozambique, generating 14,000 possible jobs in the four major projects under way.

Director of Local Content at the INP, Natália Camba, clearly pointed to the latest projects including Mozambique LNG and Rovuma LNG, which are both onshore gas liquefaction projects in the northern province of Cabo Delgado, the Coral Sul floating LNG platform, anchored some 40 kilometres off the Cabo Delgado coast, and the Inhassoro-Temane project in the southern province of Inhambane.

The Mozambique LNG project involves gas liquefaction plants on the Afungi Peninsula, in Palma district. But it is currently interrupted and there is no firm date for the resumption of activities, due to the attacks by islamist terrorists. But once the security issues are solved, the project should create 5,000 jobs for Mozambicans in the construction phase and 1,200 in the operational phase, with a plan to train 2,500 technicians.

In the case of the projects already underway, namely Coral Sul FLNG and Inhassoro-Temane, they have jointly made available 3,820 jobs in the construction phase alone, with a forecast of around 486 fixed jobs in the production phase, including foreign labour that will be reduced in the subsequent phases.

“These projects also have a great capacity to create indirect jobs, with foreign labour decreasing throughout the project and Mozambican labour increasing. Most of these jobs are expected to be provided by contractors and subcontractors,” she said, and it is expected 88 per cent of those recruited would work in construction.

With its strategy to meet the demand for skilled labour for the extractive industry projects in the country, according to the director, the INP intends to develop a framework of skilled human resources to meet the demands of the market, as well as to combat the discrepancy between the investments made in the industry and its capacity to generate employment.

In the framework of Local Content, the INP’s actions with the companies operating the gas projects envisages the qualification, training and certification of about 200 Small and Medium Enterprises operating to internationally required standards.

The armed insurgency that began in 2017 in Cabo Delgado province, the entry of foreign troops to support Mozambican forces in the middle of last year has improved the security situation, recovering important positions such as the village of Mocímboa da Praia. Since July 2021, an offensive by government troops was fixed, with the support of Rwandan and later by the Standby Joint Force consisting forces from members of the Southern African Development Community (SADC).

Cabo Delgado province, located in northern Mozambique, is rich in natural gas. Although the gas from the three projects approved so far has a destination, Mozambique has proven reserves of over 180 trillion cubic feet, according to data from the Ministry of Mineral Resources and Energy. With an approximate population of 30 million, Mozambique is endowed with natural resources. It is a member of the Southern Africa Development Community (SADC) and the African Union. 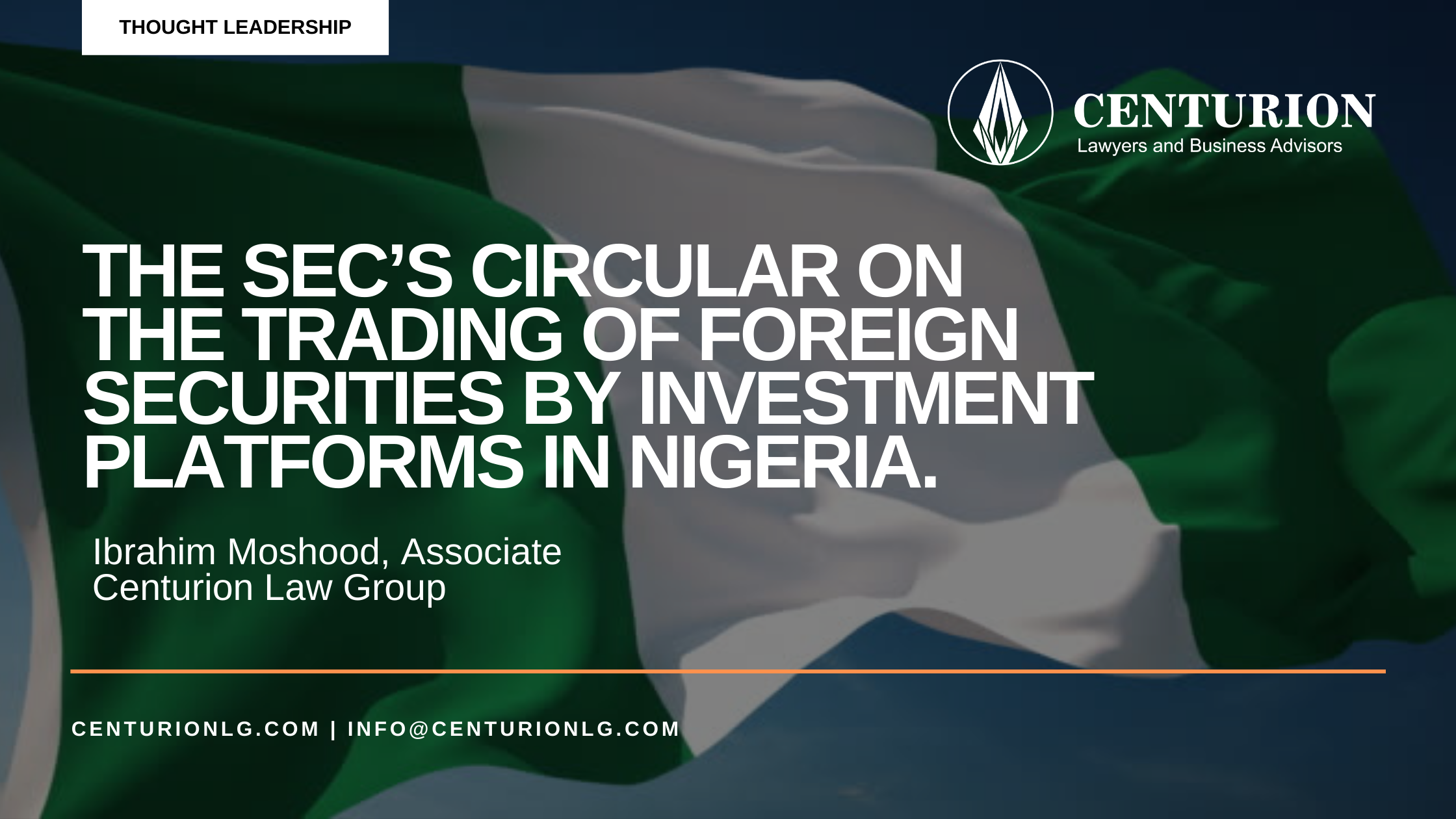