For over a year now, Africa alongside other continents specifically Europe, The Americas and Asia have seen gas prices soaring to record levels. This is partly because higher global demand has been intensified by low gas storage levels and a drop in pipeline exports from Russia following its invasion of Ukraine.

From the streets of Ntamulung, a locality in Cameroon’s North West Region all the way to Gaborone in Botswana, the story remains same. Long queues of denizens gather daily at fueling stations to purchase gas – often at extremely high prices.

It is in this light that NJ Ayuk, Executive Chairman of the African Energy Chamber met recently with Russian Deputy Energy Minister, Pavel Sorokin in Moscow. Their meeting, sought to enhance Russia-Africa Energy synergy.

In a debriefing session with Arise News, NJ Ayuk stated that most of their discussion centered on energy, energy transition, climate change and its impact as-well-as the current geo-political situation taking place in the region.

“We had a strong conversation geared at driving Africa’s future and really ensuring that Africa is not left at the back,” NJ Ayuk said as he painted a grim picture of what he terms “energy poverty” sweeping across Africa.

Reiterating the fact that there are over 600 million people in Africa with no access to electricity and 900 million with no clean cooking technologies, the African Energy Chamber chairman said Africa could learn from Russia which has over the years made efficient use of its natural gas resources to develop its country and now stands and a global powerhouse in gas and energy the world over.

Even though Russia’s war in Ukraine has affected global supply of gas as well as some agricultural produce, NJ Ayuk states that Russia remains a major player and a strategic partner capable of helping Africa attains its goals.

“We are working hand-in-hand with Russia through OPEC clause to really ensure that we keep the oil market stable. Market stability is really important right now because even our European and America counterparts and everyday African consumers at the pumps are felling the heat…we have to work with Russia to bring prices down and make sure families can get energy,” he added. On August 24, 2022 South African workers took to the streets to protest raising inflation and high prices for gas. Even though the African continent is blessed with several natural gas deposits, most of African relies on imported gas to meet household and commercial needs. As per NJ Ayuk, his meeting with Russia’s energy Minister seeks to fine ways to boast the energy sector in African and ensure that as Europe and North and South America battle an energy crisis and prepares for winter, Africa could be a source of energy security. 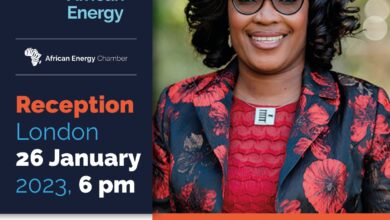 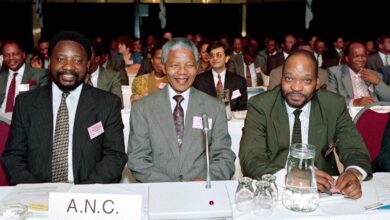