According to health professionals in Zimbabwe, there is a silent genocide going on in the country’s hospitals. Many innocent lives are being lost owing to avoidable conditions and a general lack of equipment and in some instances staff.

The highest proportion of the working population is either informally employed, unemployed or underemployed. This, therefore, means not many have access to medical insurance services hence when they fall sick, they make use of public hospitals and clinics. The challenge with the public hospitals and clinics is that a majority of them are severely underequipped. One doctor who works for one of the country’s biggest referral hospitals said that even in referral hospitals, they lack such basic things as gloves and bandages.

“Imagine being in a hospital that accepts all referrals, and then not having things as simple as gloves or bandages. Patients have to buy and bring their own test tubes… We don’t even have paracetamol,” the doctor said. Due to the lack of basic medical equipment, hospitals pass off the need to purchase the equipment to the patient who oftentimes will be too poor to access them in private pharmacies that charge exorbitant fees. The result in most instances is the unfortunate one, death.

Just recently, one of the biggest referral hospitals in Zimbabwe, the United Bulawayo Hospital (UBH) issued a statement dated 18 July 2022 saying that it was suspending surgical operations with immediate effect due to a lack of anaesthetics, the drugs used to induce pain in patients. The statement signed by the acting clinical services director T Mushawarima said “Due to lack of anaesthetic induction agents, elective lists have been suspended with immediate effect till further notice”. The statement went on to state that all patients who want an operation should purchase their own drugs. “Patients may buy their own drugs if any elective list is to proceed,” the statement reads.

The statement by UBH just shows how grim the situation is in Zimbabwe’s hospitals. The poor who often find it difficult to pay the consultation fee pegged in the local Zimbabwean dollar are forced to fork out forex to purchase drugs in pharmacies charging exorbitant fees.

Another factor that has severely crippled the healthcare system in Zimbabwe is the brain drain of doctors and nurses to the West in search of greener pastures. The UK government in its recent Skills Crisis report said that Zimbabwe was in the top 5 of skilled visas to the UK despite its relatively smaller population than other countries. The report stated that the number of skilled visas from Zimbabwe to the UK rose by 424% from 2020 to 2022! The highest number of skilled visas are those from the healthcare system. Health unions in Zimbabwe backed the UK Skills Crisis report data saying they have lost 4000+ health professionals in the last year due to poor pay.

The brain drain has led many health institutions to operate with inadequate staff and in some instances inexperienced staff still under training. Commenting on the health crisis in Zimbabwe, Reinaldo Ortuno who is the head of mission at Medecins Sans Frontieres Zimbabwe said “Hospitals and clinics are now manned by student nurses, junior doctors, and other staff who have no choice as they are still under training. This has compromised quality of care and has inadvertently contributed to high morbidity and mortality rates”.

Things aren’t much different for the formally employed including government workers who have medical insurance. Before, all those who had medical insurance simply had to visit private health institutions of their choice and get the treatment they want using their medical aid cards. If they were any drugs to be purchased, they were purchased using the same medical aid. However, starting from April 2022, the main health insurance body in the country PSMI which is owned by the government announced that its members would need to pay a shortfall of US$5+ for consultation purposes valid for a week. Once a week passes and the member still needs to use the services of health professionals, then another shortfall payment should be made.

The public relations, communications and brand manager of Premier Service Holding Company (PSHC) Arthur Choga justified the decision of shortfall payments saying “Subscriptions on the medical aid side continue to track the official rate while costs are being incurred based on parallel market rates, making it difficult for PSMI to meet obligations as they fall due. Given these pressures and the target market’s inability to afford market-related subscriptions, PSMI, therefore, introduced co-payments to assist in meeting operating expenses”.

In their response to PSMI, government workers lambasted the body saying the decision is “very unfair to members, particularly government employees who had always been paying their monthly contributions without anything in return. Workers are of the view that the money being charged as co-payments is meant for nothing other than boosting management pockets”.

While the general public continues to fall victim to the silent genocide in the country’s hospitals, the elite operate differently as they seek medical help in foreign countries that guarantee the very best of healthcare services. Then long-time leader Robert Mugabe was notorious for his medical visits to Singapore before he passed away and his successor and his administration have carried on with the medical tourism tendencies as they fly out mainly to neighbouring South Africa and China whenever they feel some niggles.

On World Press Freedom Day, the EU Must Rescue Media Independence in Hungary Before It’s Too Late 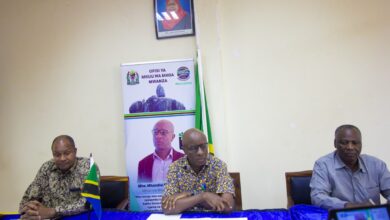 Tanzania: Mwanza Region Set Aside Over Tsh 2.3 Billion As Loans to Women, Youth