WASHINGTON, DC, USA, 21 July 2022, /African Media Agency/-During her virtual remarks at the opening ceremony of the U.S.-Africa Business Summit, Vice President of the United States Kamala Harris announced that the White House will host leaders from across Africa on December 13-15, 2022, for the U.S.-Africa Leaders’ Summit. The Vice President said the Summit demonstrates America’s enduring commitment to its African partners and to bolstering the economic relationship between the U.S. and the African continent.

The announcement was made at the U.S-Africa Business Summit organized by the Corporate Council on Africa in partnership with the Government of the Kingdom of Morocco and held in Marrakech under the High Patronage of His Majesty King Mohammed VI of Morocco. With more than one thousand African and U.S. public and private sector leaders in attendance, Vice President Harris’ announcement of the U.S.-Africa Leaders’ Summit was well received and generated excitement about the future of the U.S.-Africa economic and broader strategic relationship.

The announcement of the December 13-15 U.S.-Africa Leaders’ Summit “is great news for CCA and our private sector members and other partners. The last Africa Leaders’ Summit was held in 2014 and a second such Summit in 2022 clearly demonstrates Biden-Harris Administration’s commitment to Africa” said Florizelle (Florie) Liser, President and CEO of the Corporate Council on Africa.

The U.S.-Africa Leaders’ Summit will bring together U.S. and African government and business leaders, civil society, and diaspora communities who will likely discuss a range of issues highlighted by Vice President Harris in her remarks today, including public-private partnership, bolstering the U.S.-Africa economic relationship, access to capital, food insecurity, and promoting sustainable economic growth and development.

Vice President Harris praised the U.S.-Africa Business Summit, organized by the Corporate Council on Africa, noting that this convening “is very important.” “When everyone is at the table, we are better able to collaborate, coordinate, and identify new opportunities,” the Vice President said. “So, I wish you a productive Summit in Marrakech. This work will benefit United States-African business ties and diplomatic ties. And most importantly, it will benefit both the people of Africa and the people of the United States.” 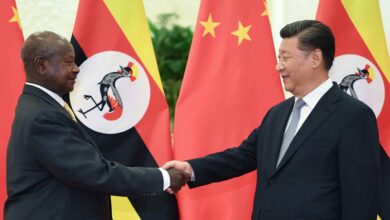