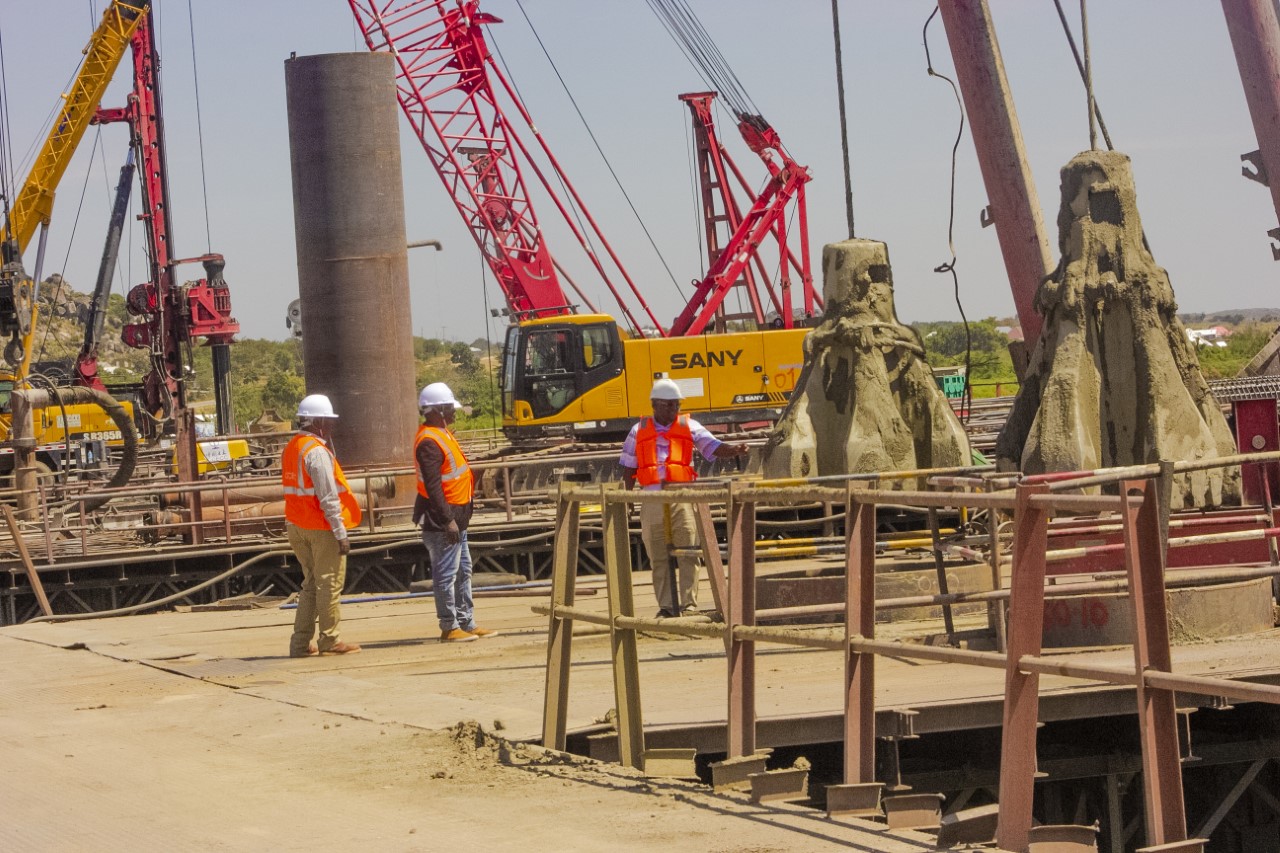 Tanzania National Roads Agency (TANROADS) said that the construction project of JP Magufuli Bridge popularly known as the Kigongo-Busisi Bridge (3200m) that set to provide an important link between Mwanza Region and neighbouring countries of Rwanda, Burundi and Uganda is almost halfway done.

TANROAD Manager for Mwanza Region Eng. Pascal S. Ambrose said to journalists: “We are working day and night to ensure that the project meets completion target as by February 2024. The construction is now at 47.3 percent and upon complete, the project will be a catalyst for reducing poverty and spur economic growth in the larger area.”

Eng. Ambrose further said that the J.P Magufuli Bridge will replace the ferries as the main crossing of Lake Victoria at this vicinity. “It is expected that the new bridge will accommodate significantly more traffic volumes along the route as well as improve safety of users at this lake crossing point.”

“The project route consists of two major components namely Bridge works and Road works. The Bridge works consist of construction of extra- dosed bridge (520m) with a total length of 3.00 km (including approach section) crossing the Lake Victoria,” he said. 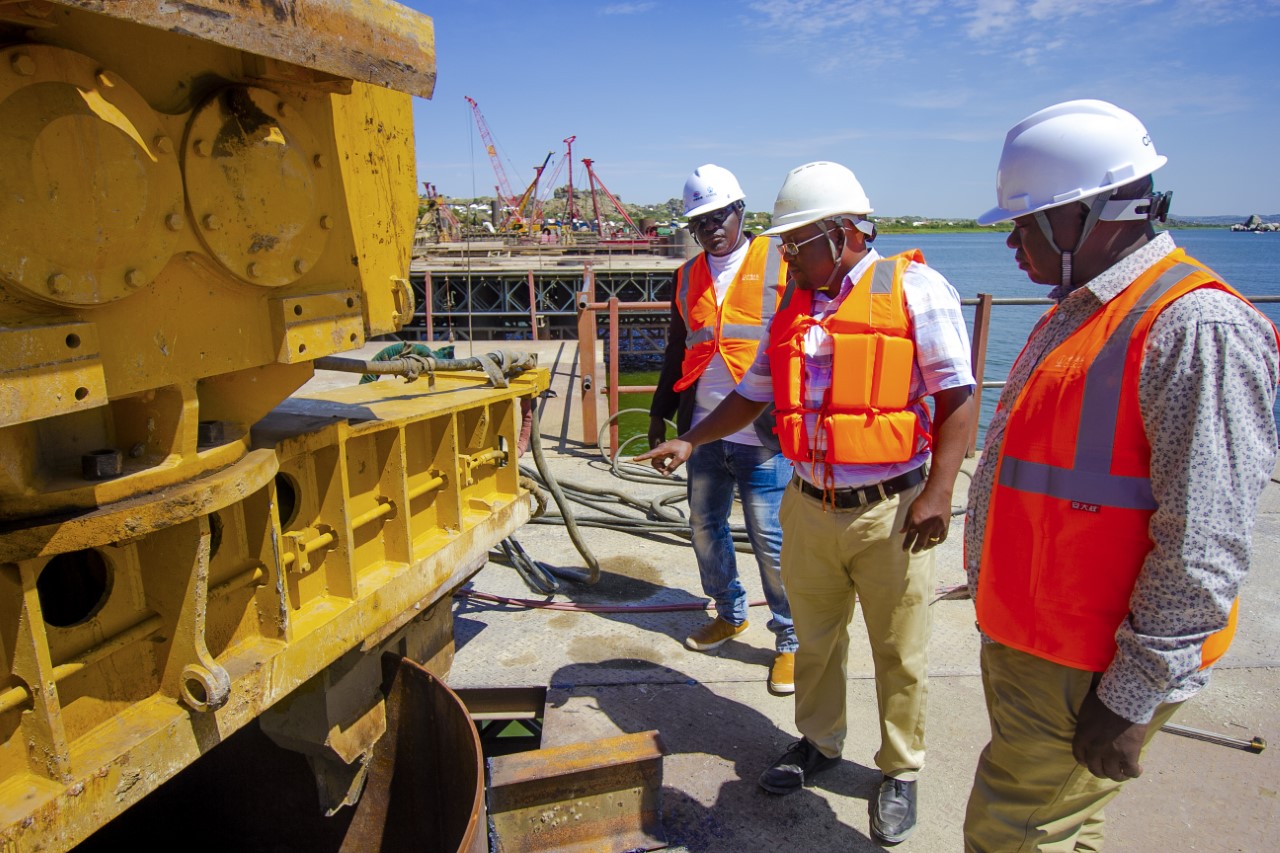 “The project road includes 3 km bridge of the project and consists of a main bridge and two approach bridge. It is the first to transverse the Mwanza Gulf of Lake Victoria, and thus the symbolic meaning and aesthetic beauty of the surroundings is adequately expressed by the extra dosed bridge with three (3) pylons. And also, approach bridges are PSC beam bridges with 40 m long of span length in terms of securing the economics of the Projects. In addition, the temporary bridge was applied to whole bridge part in order to complete the bridge construction,” he observed.

He pointed out that the construction of the Bridge therefore will ensure that the Bridge is passable throughout the year with easy as well as improving ambient air quality, reduce traffic volume to the ferry through diverted traffic, reduce travel time and improve public transport.

He went on to say that the Bridge is financed by the Government of Tanzania commenced on 25th February 2020 and expected to be completed on 24th February 2024.

“The project is being developed by the China Civil Engineering Construction Group (CCECG) and the China Railway and is entirely financed by the Government of Tanzania,” he said.

He insisted: “The 180-tonne capacity bridge will allow 1,600 vehicles to pass at a time and will result in Mwanza becoming a major commercial hub in the Lake Zone.”

He said that so far the contractor implementing the project has been paid Sh223 billion, insisting “The Consultant Engineer has also been paid Shs 3 Billion.”

“The government has also paid Sh 3 Billion as compensation for a total of 165 inhabitants who were living near the project,” he said.

The TANROADS Manager revealed, “This project also serves as part of the training for the local engineers  as so far there are a total of 12 engineers who undergoing practical training at the project.

However, he said three engineers out of 13 are from TANROADS and 9 others are from Engineers Registration Board (ERB).

He also named local Companies that are working with the project as sub-contractors as  C-Labs (T) Ltd, Grinda Builders and Supplies Ltd, Hamis A. Kazika Co. Ltd, C&C Engineering and Planners Ltd as well as Pro Consults (T) Ltd. 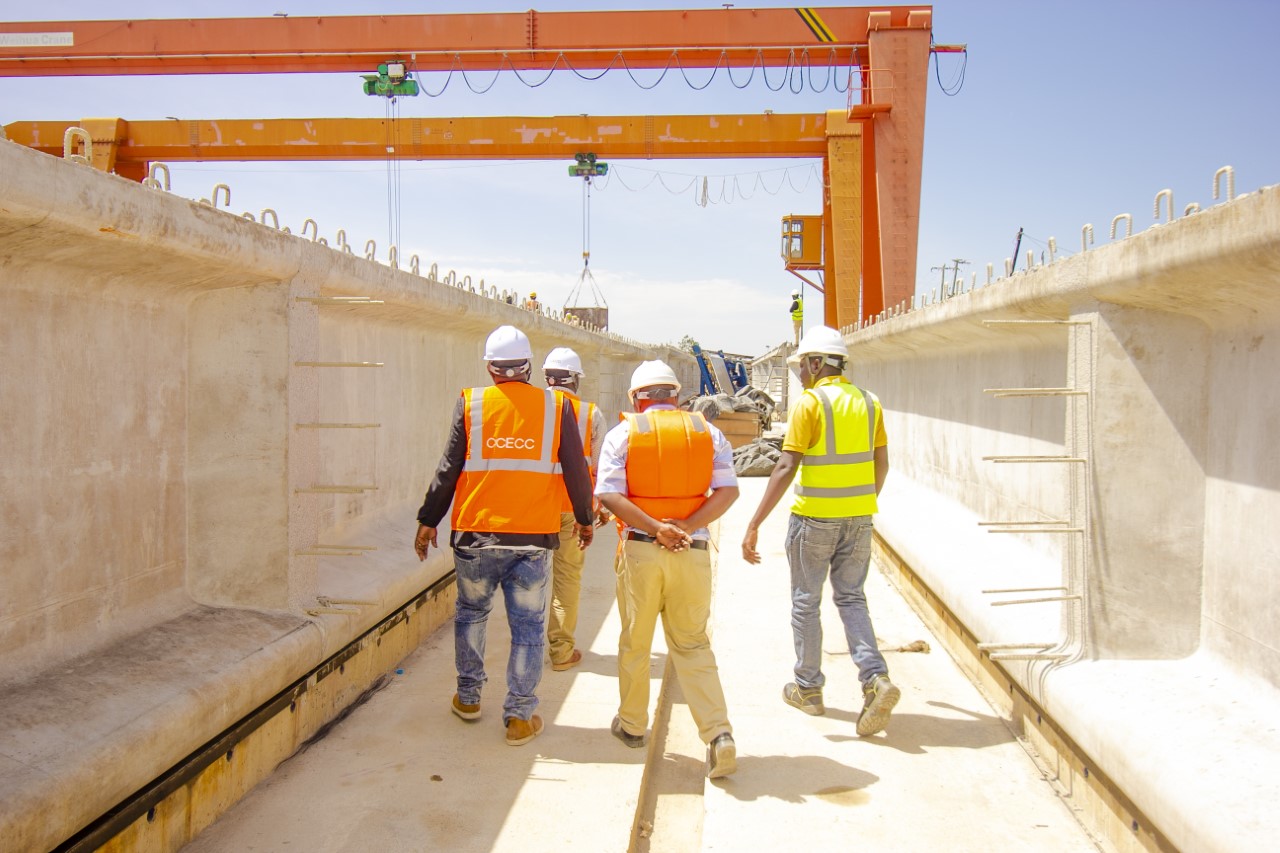 On his part, Mwanza Regional Commissioner (RC) Eng. Robert Gabriel said that the ongoing mega infrastructure projects implemented by the government in Mwanza are aiming to transform the City into the most efficient trading hub in the Great Lakes Region.

He added: “The good news that I want to tell you is that a big number of our mega projects are progressing well including the JP Magufuli popularly known as Kigongo – Busisi Bridge (3200m).”

The new business balancing act has leaders walking a tightrope