Government has given the assurance that its flagship programmes including the Free Senior High School will not be cancelled as the country goes to the International Monetary Fund for a bailout in its economic crisis. The IMF team is said to be in Ghana to commence the official negotiations with the government for a bailout program. “Government assures Ghanaians that the Free Senior High School policy and other important flagship programmes like the School Feeding Program would not be cancelled despite the state’s application for IMF support,” a statement on the Facebook wall of the Presidency said.

Information Minister Kojo Oppong Nkrumah announced that President Nana Addo Dankwa Akufo-Addo is chairing the task force for the engagement with the International Monetary Fund (IMF). According to him, the Minister of Finance Ken Ofori-Atta and his team are leading the data-sharing exercise during the engagements, he added. The data-sharing, he explained, will determine what Ghana is qualified for and what it is not qualified for under the programme.

“The President is chairing the task force, the Finance Minister and his team are from today, leading the data-sharing exercise. When they are done the Mission Chief and the President will have a number of conversations. The President has already spoken to the Managing Director of the Fund itself” Mr Oppong Nkrumah said.

Meanwhile, Bolgatanga Central MP, Isaac Adongo, has suggested to the government to call on experts such as economist Kwame Pianim and businessman Sam Jonah to lead the negotiations with the IMF. Speaking to journalists in Parliament, Mr. Adongo argued the current team leading the negotiations including the President Akufo Addo and Ken Ofori-Atta will fail at getting terms that works to address Ghana’s problems. “Now that we are at the IMF you want this man to lead the economic management team? The head of the economic management team is not constitutional imperative and I saw signs of it when they went to take the decision at Peduase.

The Convention People’s Party (CPP) has however accused President Nana Akufo-Addo of allowing his friends and family, with whom he is running the country, to lead Ghana into the abyss and, thus, pleading with him not to allow those same friends and relatives to lead negotiations with the International Monetary Fund as the country seeks a bailout.

A statement signed by CPP General Secretary Nana Yaa Akyempim Jantuah on the government’s intention to seek a bailout from the Fund, said: “We plead with his Excellency Nana Addo Dankwa Akufo-Addo that in this matter, he should not depend on his family and friends to do the job “, explaining: “Indeed, his family and friends have failed us and run the country into a ditch”.

The party said Ghana has, “over the time, faced serious economic challenges like depreciation of the cedi, rising inflation, rising cost of living, debt overhang, etc”, and noted that “going to the IMF is certainly not the solution but the government, being bankrupt of ideas, thinks that is the only solution to salvage this country”. 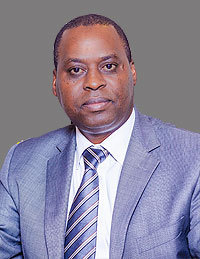 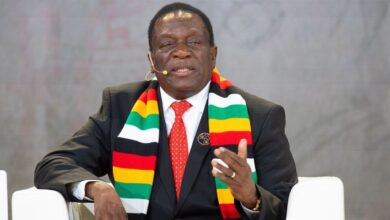