Hon. Dr. David Pagwesese Parirenyatwa, President of the Society for AIDS in Africa, the organisers of the International Conference on AIDS and STIs in Africa (ICASA) on behalf of SAA, has expressed his is deep sadness by the passing of Professor Femi Soyinka, the renowned researcher and former Provost of the College of Health Sciences of Obafemi Awolowo University, Ile-Ife, and 3rd SAA President.

The statement from his family confirmed the passing of the late Professor Femi Soyinka. He was 85.

Professor Femi Soyinka was instrumental in establishing the Permanent Secretariat/ICASA International Secretariat of the Society for AIDS in Africa in 2009. Under his tenure as President of the society, SAA was elevated from being a functional Secretariat within the Nigeria AIDS Control Agency in Abuja to a permanent secretariat by acquiring an office building in Accra, Ghana.

Born in 1937, Professor Femi Soyinka received a medical degree in Medicine and Surgery MBChB from the University of Heidelberg, in 1964: and a Doctor of Medicine (MD) degree from the same University in 1965. He specialized and practised as a Dermatologist, Venereologist, and Allergologist at the University of Giessen, in 1969. In 1972, he obtained a Master of Public Health degree from Hadassah Medical School, (MPH) Israel.

He worked in the academic field for 30 years, holding various positions from Chief Medical Director to Dean of the Faculty of Health Sciences and the Provost of College of Health Sciences of Obafemi Awolowo University, Ile-Ife, Nigeria. He was also involved in extensive work on Tropical Skin Diseases and Sexually Transmitted Infections (STIs) research in collaboration with the Federal government, international donor agencies, and organizations such as the World Bank, UNDP, DFID, the British Council, and the International Development Research Centre, Canada.

He pioneered a lot of research in the field of HIV/AIDS. He worked as a consultant to various international and local agencies, including the World Health Organization, DFID, UNDP, and the Nigerian Federal Ministry of Health, based on his extensive experience in various parts of the country.

As a pioneering Pan Africanist, Prof. Femi Soyinka was at the forefront of mitigating the impact of HIV/AIDS in Nigeria. By translating the outcomes of his research into clinical practice, he impacted the lives of numerous individuals and families living with the disease and the nation as a whole. As President of the Society for AIDS in Africa, he successfully organised the International Conference on AIDS and STIs In Africa (ICASA) in Abuja, Nigeria, in 2005, with over 8000 delegates in attendance.

He initiated the Ambassador of Hope programme in Nigeria, encouraging people living with HIV/AIDs (PLWHAs) to speak up, thereby bringing the much-needed public awareness to the disease at a time when knowledge was low, and stigma was high. He also demonstrated technical knowledge and was involved with many other HIV/AIDs-related programmes, including HIV/AIDS prevention, care and support, prevention of mother-to-child transmission, ARV programmes, voluntary counselling and testing (VCT), and home-based care for PLWHAs in Nigeria.

Subsequently, he contributed significantly to capacity building of indigenous organisations across the six geopolitical zones of Nigeria through his non-governmental organisation – New Initiative for the Enhancement of Life and Health (NELAH), previously known as; Network on Ethics/Human Rights, Law, HIV/AIDS-Prevention, Support and Care (NELA). SAA awarded Prof. Soyinka at ICASA 2011 Ethiopia by the then Minister for Health, Dr. Tedros Adhanom Ghebreyesus, the current Director-General of the World Health Organisation (WHO), for his tremendous contributions to the Africa HIV/AIDS Response. In 2018 at the CSO Peer Review Forum in Abuja, Nigeria, Prof. Femi Soyinka was honoured by Civil society for his numerous contributions.

The Executive Board, SAA board of trustees, staff, and members of the Society for AIDS in Africa extend their deepest condolences to the Soyinka Family.

“Death is something inevitable. When a man has done what he considers to be his duty to his people and his country, he can rest in peace” – Nelson Mandela. 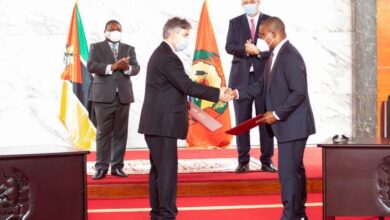