The cases of kidnapping and abductions of businesspeople in Mozambique are multiplying, which makes clear that the world of organised crime has directed its barbarous actions towards the business class. The Mozambican police had recorded six kidnappings in the first three months of the year, but only one of the victims had been released. So, at least until the end of March, the five other victims remained in the hands of the kidnappers. The main people targeted by the wave of kidnappings in Mozambican cities have been businesspeople of Asian origin. The proximity of police stations to the sites of kidnapping has been noted repeatedly. Few people expect the perpetrators to be brought to justice. 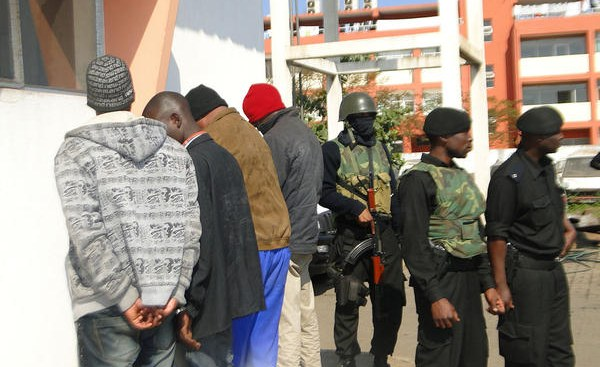 The first case of kidnapping for ransom in Mozambique was in 2008. A 55-year-old Dutch woman was held captive for 18 hours before her husband paid a $20 000 ransom, negotiated down from $100 000. After that time, the number of kidnappings grew steadily, according to official statistics. Kidnapping also spread geographically, starting in Maputo and Matola (which continue to be the main focus for kidnappers), before reaching other major Mozambican cities such as Beira, Chimoio and Nampula. These crimes happen in broad daylight, in streets full of passers-by.

The Mozambican police had recorded six kidnappings in the first three months of the year, but only one of the victims had been released. So, at least until the end of March, the five other victims remained in the hands of the kidnappers. The main people targeted by the wave of kidnappings in Mozambican cities have been businesspeople of Asian origin.

The General Commander of the Mozambican police, Bernadino Rafal, has admitted that he is “greatly concerned” at the wave of kidnappings of wealthy business people who are ransomed for large sums of money.

The main people targeted by the wave of kidnappings in Mozambican cities have been businesspeople of Asian origin. The threat of kidnapping affects not only the decisions of those who want to invest in the country but also leads to cash exit by investors who feel unsafe. As a result, jobs are lost and there is a decline in income generation. In the end of the day, this crime is gradually destroying the country’s economy.

Some kidnappings occur a few metres from police stations, with the criminals showing confidence and “freedom of movement”.

There might be some degree of collusion between the kidnappers and the police, as the corporation has barely done anything to stop the wave of kidnappings, even those occurring within a stone’s throw of a police station. The proximity of police stations to the sites of kidnapping has been noted repeatedly. During her annual report on the State of Justice, delivered to the Mozambican parliament, the Assembly of the Republic, in April, Attorney-General Beatriz Buchili denounced police complicity in kidnapping. 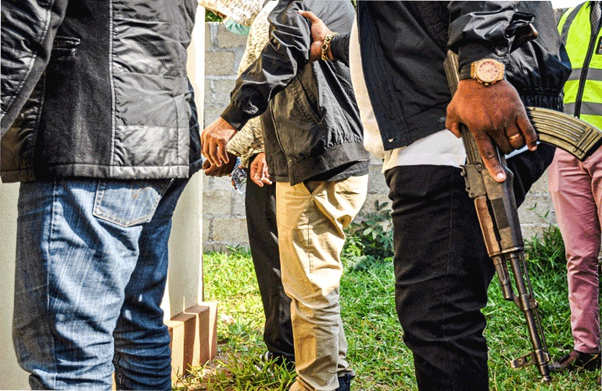 She said that some of those who should be on the front line combatting the kidnappers are in league with them. “The involvement of some members of the police, lawyers, magistrates and other figures in the judiciary creates fragilities in investigating these cases”, said Buchili, “and endangers the safety of those public servants who are committed to fighting against crime”.

Due to the high number of kidnappings, President, Filipe Nyusi, recently announced the creation of an anti-kidnapping unit to stop these crimes. He also branded as completely unacceptable the transformation of police stations into breeding grounds for kidnappers.

“I cannot accept that police stations become nests of kidnappers, and the commander of the station has top responsibility on the matter. If he does not know the life of his staff, he should resign from his post,” he said. “How come a kidnapping occurs just a few metres away from a police station, with the victims shouting for help, but there was no rapid reaction by the police force?”, Nyusi asked.

Actually, not only polices, but also other public servants, such as lawyers, magistrates and other figures in the judiciary. The involvement of these people creates fragilities in investigating these cases. In order to attain their goals and cover up their activities criminals infiltrate state institutions to better control the investigations that are undertaken.

In April the Higher Council of the Judicial Magistracy, the regulatory body for the Mozambican law courts, has expelled two judges from the profession for corrupt behavior. One of them is Rui Dauane of the Maputo City Court. Dauane was involved in several polemical cases, but the most serious was his release of Edith D’Compta da Camara Cylindo. She was accused of participating in the kidnapping of business people in 2017, but Dauane set her free. According to the CSMJ, he ignored the evidence against her and ordered her release, in violation of the Penal Procedural Code.

The link with South Africa

Kidnapping crimes have been increasing and criminal groups operate with cross-border ramifications, maintaining cells in countries such as South Africa. The South African Police announced in May the arrest of a 37 year old man believed to have masterminded a spate of kidnappings in Maputo, and in the South African province of Gauteng. According to SAPS the Crime Intelligence National Anti-Kidnapping Task Team arrested the alleged mastermind and three of his accomplices in Brackenhurst, just outside Johannesburg.

According to the General Commander of the Mozambican police, the gangs kidnapping business people in Mozambique have recently demanded that the families of their victims deposit the ransom demanded in bank accounts abroad, and this is helping run down Mozambique reserves of foreign currency.

He said that, by demanding that ransom payments be made abroad, the kidnappers were trying to throw the police investigators off their trail. These payments, he claimed, cause “incalculable damage” to the Mozambican economy. Rafael said criminal investigation teams have been instructed to check in whose names the accounts abroad have been opened, and how much money has been deposited in those accounts.

However, Nobody can walk into a Mozambican bank and transfer a million dollars to Dubai (or to anywhere else). All transfers of large sums of foreign currency must be authorised by the Bank of Mozambique. Furthermore, the Monetary Policy Committee of the Bank of Mozambique regularly publishes details of the country’s foreign reserves, and these show no sign of being run down. 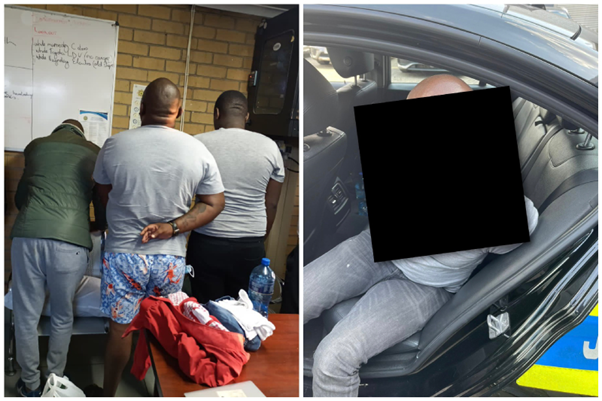 In November 2021, the Mozambican police launched the training of a mixed security force to grapple with such crimes. Rwandan specialists are overseeing the training. The police hope that, with the creation of this brigade, they will bring to a speedy end the wave of kidnappings of business people and their relatives in the main cities.

Despite the situation of kidnappings in the country, some of the justice authorities try to do their part. In 2021 the Maputo City Court sentenced two people to twenty years imprisonment for their part in the kidnapping of a businessman in central Maputo in February 2020.

These kidnappings are part of a profitable industry which generates millions for the kidnappers out of the blood of honest and hardworking men and women.

Gender Inequality and Oppression of Women: A Survivor’s Story 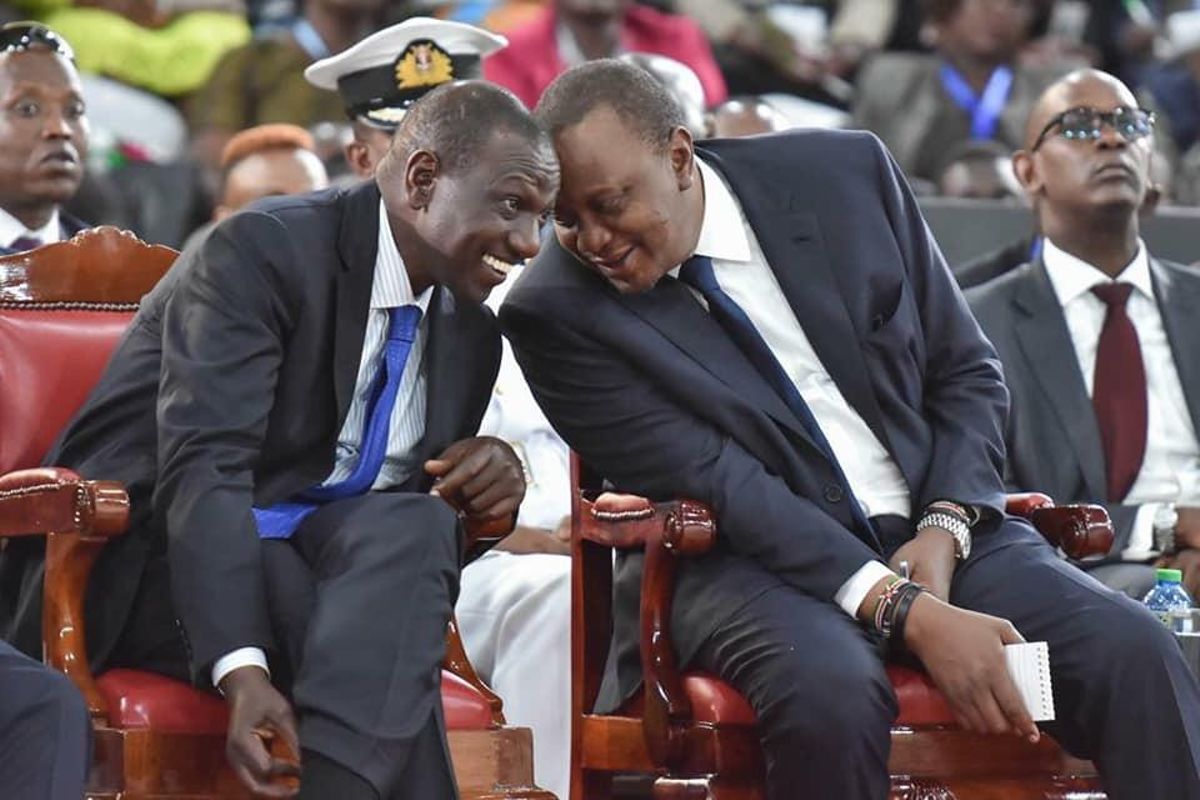 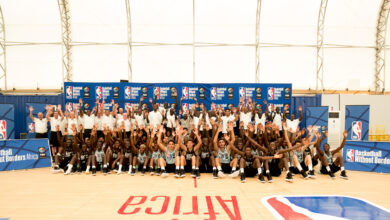