In a letter addressed to Sakaja, the commission raised questions about the validity of his academic credentials. CUE said it will launch a probe into the validity of degree papers the Senator presented before the Independent Electoral and Boundaries Commission (IEBC) for clearance.

However, the Nairobi Governor seat hopeful dismissed the commission’s decision terming it null and void and politically instigated. He claimed CUE was coerced by President Uhuru Kenyatta to revoke his credentials.

He said that President Kenyatta is out to frustrate his gubernatorial bid using influence in Kenya and Uganda through a Facebook post.

At the same time, Sakaja assured his supporters that he will be on the ballot on August 9, 2022.

“The desperate attempts by President Kenyatta and the so-called Deep State will fall on the sword of justice. I have the requisite qualifications to vie for the position of Governor of Nairobi and will be on the ballot,” said Senator Sakaja.

Sakaja’s claims attracted trolls from a section of Kenyans who asked him to go back to school instead of rattling on social media.

Comical Kenyans also urged the Senator to post his certificates online, name some of his coursemates, and share some photos he took during his graduation to validate his claims.

“Stop this circus and go back to school to complete your degree or simply vie for positions that only require a Kenya Certificate of Secondary Education certificate,” said Sam Muli.

“You are talking about side issues but not explaining how you even obtained a degree. Conman!” said Robert Alai.

“Just whip out all your transcripts from the first year to final, term papers, photos of classmates, name on graduation booklet plus the degree and take them to IEBC; everyone will shut up,” said Mireri Junior Wuod Amary.

Ayumba Ayodi added, “You are a young man, don’t teach the young generation how to use shortcuts and lie. Go back to the University of Nairobi and complete your degree.”

“A graduate wouldn’t behave like this. You are totally a KCSE certificate holder. Stop chest-thumping go back to school,” said Caroline Wahome.

Some also advised him to clean his mess without dragging President Kenyatta into it.

“The President is totally out of this. He neither chairs Kenyan CUE, Courts nor the IEBC,” said Kevin Saddy.

“Uhuru Kenyatta is too big to be debating such nonsense. He is currently dealing with peace in Ethiopia,” said Macharia Wa Mwihaki.

Afreximbank Leveraging the Power of the Youth for Intra-African Trade 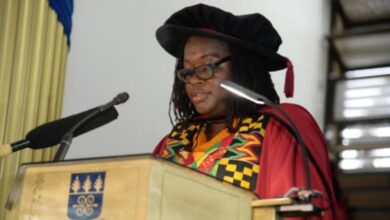 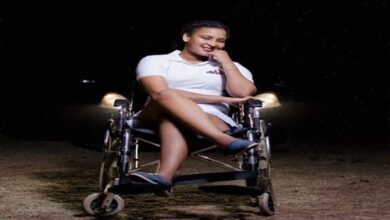 Mozambique: The Travails Of A Road Accident Victim Like No Other