Prof Senait Fisseha, Director of Global Programs at the Susan Thompson Buffett Foundation has invoked the need for African governments to strengthen their health systems, because relying on global health systems proved not to work well.

Fisseha was speaking at People’s Forum on Tuesday which is being held at Kigali, Rwanda,  on the sidelines of Commonwealth Heads of Government Meeting (CHOGM).

Debating on building Resilient and Equitable National Health Systems and the role of civil society, Fisseha said that relying on global health system is not fruitful for universal health coverage.

She took Covid-19 pandemic as an example, when  most of African countries were struggling to get vaccines, medicines and other equipment while the global supply chain was at standstill.

“For someone who is in this continent, the prominent thing that we took away is that while we are for global collaboration, the global system failed people especially vulnerable, marginalized communities.  People in sub Saharan Africa were scrambling for vaccine”, she said.

Apart from global health system, Fisseha also pointed a finger at unreliable national institutions in Africa, which were weak to protect people during the pandemic.

“ While the global coordination is incredible, at the end of the day services are delivered locally. Health sector has for so long been looked as something that is on aside. The pandemic has made it clear that you cannot neglect health and expect to continue business as usual” she added.

According to UN,  African countries spend $8 to $129 per capita on health, compared to high income countries that spend above $4,000.

Dr Ravi Rannan Eliya who is an Executive Director  and Fellow of the Institute of Health Policy (IHP), Sri Lanka, called the civil society in commonwealth countries especially those in developing countries, on holding governments accountable to invest much in health system.

“Civil society has to advocate for taxing rich people. This is absolute critical. Elites don’t want to talk about that., they talk about anything else but not that issue. If you need universal health coverage, you need to act. That is why the role of civil society is important as an actor within a country to advocate for a change” he said.

Ravi said that most politicians don’t act from recommendations of international organizations until they are pressured to do so by local organizations.

In 2001, African countries  committed themselves to allocating 15% of their government budgets to health but by 2018, only two countries have managed to reach the target. 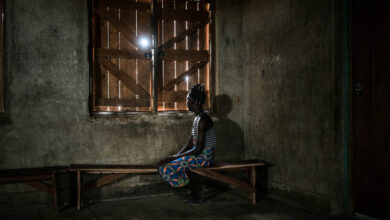