The acquisition deal by Eco Atlantic in Block 3B/4B marks the revitalization of energy exploration across southern Africa, representing an important step to kickstarting domestic energy security on the back of oil and gas.

Canadian-based oil and gas exploration company, Eco Atlantic, has, through its subsidiary Azinam Limited, signed a farmout agreement for the acquisition of an additional 6.25% participating interest in Block 3B/4B offshore South Africa. The $10 million deal, pending approval from the South African government and other relevant parties, will expand Eco Atlantic’s participating interest in Block 3B/4B to 26.25%.With South Africa, Namibia and the African continent at large focusing on expanding oil and gas exploration and boosting investment in energy developments through improved partnerships with international independents such as Eco Atlantic, the African Energy Chamber (AEC), as the voice of the African energy sector, strongly supports the farmout agreement and marks the deal as a game changer for South Africa. At a time when Africa’s untapped resources hold the solution to the world’s energy crisis, agreements such as this will be key for unlocking a new era of exploration and production in Africa. The deal itself positions Eco Atlantic at the forefront of frontier exploration in Africa. Located between 120-250 km offshore South Africa in the Orange Basin and covering an area ~17,581km² wide, Block 3B/4B lies in water depths ranging from 300-2500 meters. Owing to the basin’s close proximity to recent major discoveries such as those made by Shell in Graff-1 and TotalEnergies in Venus in neighboring Namibia in February 2022, the Eco Atlantic deal represents a positive development towards the discovery of other massive reserves in the Orange Basin and will be critical for South Africa as the country looks to reawaken its own hydrocarbon market.According to Gil Holzman, Co-Founder and CEO of Eco Atlantic, who is one of the high-level industry executives participating in upstream discussions during African Energy Week (AEW) 2022, stated that, “We are seeing growing industry interest in the entire Orange Basin and in particular in Block 3B/4B, and are therefore very happy to have managed to increase our WI on the Block. We are working closely with our partners to progress the technical work required, which includes reprocessing the 3D seismic we have for the Block, in order to evaluate and identify drilling prospects and high grade leads for a drilling campaign we are contemplating for next year. We are set for an exciting couple of months, and we look forward to keeping our stakeholders updated as we look to spud the Gazania-1 well on Block 2B, offshore South Africa, in early September 2022.”Currently, Eco Atlantic, alongside its partners including Africa Oil Corp (20%) and Ricocure (53.75%), are reprocessing 3D seismic surveys at the block, which will be used to high-grade leads towards identifying drilling targets in the preparation for a potential drilling campaign in 2023. With major players including Shell, Kosmos Energy, TotalEnergies and Anadarko also expanding their footprints in the area, Eco Atlantic’s deal marks a new era of increased exploration, cooperation and competition which is both vital and healthy for boosting southern Africa’s oil and gas market growth.  “We are bullish about Eco Atlantic for its ongoing commitment to exploring South Africa’s offshore basins. With deep water oil and gas projects holding the key for Africa to address energy poverty, industrialization and kickstart production, particularly as legacy projects in producing countries diminish, Eco Atlantic is well positioned and committed to supporting Africa to make energy poverty history through the exploitation of domestic resources,” states NJ Ayuk, Executive Chairman of the AEC, adding that, “We hope to see more deals such as this signed at the continent’s premier event for the oil and gas industry, an event that positions oil and gas at the center of Africa’s energy sector revolution.”At AEW 2022, Holzman will not only provide updates on the company’s progress in Africa, including the Block 3B/4B acquisition, but insight into Eco Atlantic’s future exploration and production plans across Namibia and South Africa’s hydrocarbon-rich basins. AEW 2022 will feature Eco Atlantic in high-level panel discussions and forums to discuss the role of independents in boosting upstream activities and investments across Africa’s oil and gas market.*Source African Energy Week (AEW) 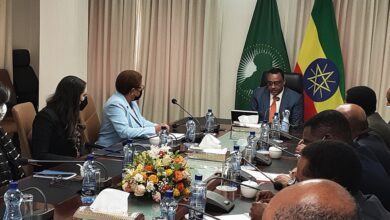 My Adherence My Fallacy: Stigma and Mental Health