Today’s meeting is considered the main gathering, preceded by four forums, ministerial meetings, side events and other activities. It brings together delegates from Commonwealth countries.

Speaking at the opening ceremony, His Royal Highness, The Prince of Wales called for continued unity in all efforts made by the commonwealth countries.

He said that he treasured the friendships built over these past seventy years, and looked forward to their deepening in the years ahead.

“As we build back from the pandemic that has devastated so many lives; as we respond to climate change and biodiversity loss that threatens our very existence; and as we see lives destroyed by the unattenuated aggression of violent forces… such friendships are more important than ever,” said

“I take heart from the fact that, working together and with urgent intent, there is a path to build a future for humanity that is sustainable, prosperous and just.

“If we are to leave the world better than we found it – and that is our duty and our privilege – we must be bold with our ambition, decisive with our action, and united in our effort,” noted His Royal Highness, The Prince of Wales.

He said that the Commonwealth family is and will always remain a free association of independent self-governing nations.

“We meet and talk as equals, sharing our knowledge and experience for the betterment of all citizens of the Commonwealth and wider world,” added The Prince of Wales.

In his address, the UK Prime Minister Boris Johnson, the current Chair in Office stated that the Commonwealth countries were hardly hit by the outbreak of the COVID-19 pandemic, coupled with the effect of climate, and called for concerted efforts to address the caused impact.

“The pandemic posed a common threat to all humanity. The same is true of catastrophic climate change. No-one understands this better than our Commonwealth friends in the Caribbean, the Pacific and the Indian Oceans,” said the UK Prime Minister.

The President of Rwanda, Paul Kagame, the incoming Chair emphasized on the role of the Commonwealth countries in addressing global challenges.

“The Commonwealth we need is on the frontlines of global challenges, not on the periphery, watching events unfold. Our special strength is to bring issues into focus that might otherwise be overlooked,” Rwanda’s President.

“Over her seventy years of service, the Commonwealth has grown, both in number, and in the scope of its ambition. The fact of holding this meeting in Rwanda, a new member with no historical connection to the British Empire, expresses our choice to continue re-imagining the Commonwealth, for a changing world,” added President Kagame.

“The rapid intensification of climate change poses an existential danger. The tremors of conflict and instability in our world, the spiraling costs of food and fuel and economic uncertainty, threaten a serious and protracted crisis. This CHOGM is an opportunity to find answers to these questions,” said the Commonwealth Secretary General.

Since 1971, leaders of the Commonwealth countries meet every two years for CHOGM which is hosted by different member countries on a rotating basis, with the most recent being in the UK in 2018.

Commonwealth Heads of Government Meeting serves as a platform to reaffirm common values of the association’s leaders and agree actions and policies to improve the lives of their citizens. Decisions taken at this meeting also guide the work programme of the Commonwealth Secretariat.

The combined GDP of Commonwealth countries stands at $13 trillion and is estimated to reach $19.5 trillion in 2027. 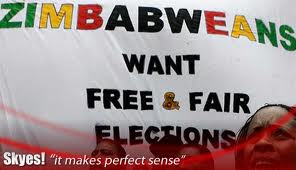