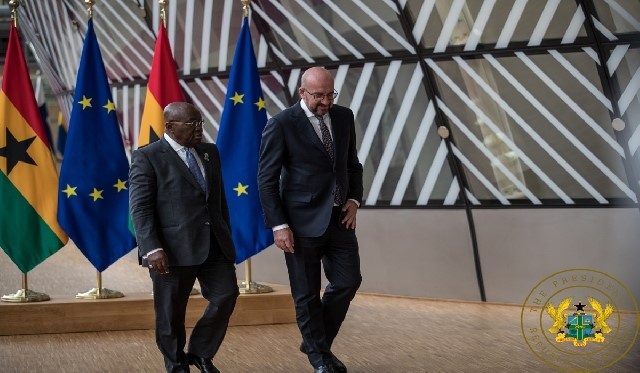 Ghana’s President, Nana Addo Danquah Akufo-Addo has said the relationship between Africa and Europe should be the catalyst to further ensure that Africa gets the needed assistance, especially in these trying times.  According to him, the long-standing relationship between Africa and Europe, founded on ties of blood, culture, geography and history, should serve as a platform for enhanced co-operation between the two continents.

“Indeed, no one needs to tell us that the issues of peace, progress and prosperity in Africa and Europe are deeply intertwined, which pre-suppose that ensuring the development of Africa should be in our common interest. Now more than ever, strong partnership between Europe and Africa, reinforced political dialogue, and expanded co-operation in the fields of economic growth and international security, are required,” the Ghanaian leader said in a keynote speech at the 15th Edition of the European Development Days (EDD) in Brussels, Belgium.

President Akufo-Addo continued, “We have to work together to achieve our goals, including a fair, equitable process of energy transition, which recognises that the entire African continent is responsible for less than four per cent (4%) of global emissions, and which safeguards the prospects of Africa’s development.”

It is for these reasons, according to President Akufo-Addo, that the establishment of the three hundred billion euro (€300 billion) Global Gateway package by the European Union, which aims to boost public and private investment in the areas of infrastructure, energy and green transition, digital transformation, growth and jobs, transport and human development over the next seven years, is very much welcomed.

President Akufo-Addo emphasised that the package must be innovative in its approaches to infrastructure investments and financing, and should be characterised by demand driven projects, which deliver on African defined priorities.

The President also expressed hope that over these two days, the series of high-level panel sessions and debates, framed around the five key investment areas of Global Gateway, i.e., digital, climate and energy, transport, health, education and research, will produce outcomes that will prove beneficial in the successful implementation of infrastructural developments across Africa.

“In the next few years, we must be able to see tangible projects across Africa as proof of the fruits of the strategic partnership that exists between Africa and Europe. Excellent relations between Europe and Africa are essential to global security in this 21st century, which should lead us onto the path of shared progress and prosperity”, he concluded.

President Akufo-Addo emphasised the need for the global community to increase efforts to help developing countries to safeguard their economies from the dire effects of COVID-19.

He also pointed out that developing economies have had their plights further worsened by the raging Russian/Ukrainian conflict, a development, he said, is having a toll on only Ghana and Africa in particular but also much of the developing countries.

President Akufo-Addo reiterated effects of the ongoing Russian invasion of Ukraine on African economies and what lies in stock for developing countries, citing a recent United Nations report estimates that seventy percent (70%) of Africa’s economies are at severe risk from the Russian war in Ukraine.

“The World Bank also tells us that, subsequent to the conflict, the number of poor people in sub-Sahara African countries would rise from four hundred and thirteen million (413 million) to four hundred and sixty-three million (463 million) this year, an increase of fifty million (50 million) persons,” he stressed.

President Akufo-Addo continued, “In the midst of this, eighteen (18) African economies have experienced credit downgrades, even when all economies are suffering adverse fallouts from last year’s pandemic, and we, in Africa, are also facing the risk of so-called “taper-tantrums”, as investors exit our markets, thereby exacerbating the increasing cost of borrowing” he further added.

He noted further said that, at the moment, support for non-IMF programme countries to alleviate the debt burden is limited, as the initial facility designed by the G20 countries to offer respite to economies with elevated debt challenges – the Debt Service Suspension Initiative (DSSI) – has expired since December 2021 and has not been renewed.

In these trying times, President Akufo-Addo observed that an amount of six hundred and fifty billion (650 billion) Special Drawing Rights (SDR), approved for the IMF in August 2021, which was meant to provide significant relief, has seen Africa receive a total of only US$33 billion (about 5 per cent).

Moreover, the promise to reallocate some US$100 billion of the SDR allocations to African economies, agreed to at the Paris Summit in May 2019, has so far yielded about US$36 billion in pledges as of April 2022, he indicated.

“Then, there is the matter of the “African Risk Premium”, when African entities are borrowing from the market, which increases the cost of capital, and which must be addressed, especially as Africa provides the highest return on investments obtainable anywhere, and has a good record of debt repayment,” the President said.

The combined effects of the debt situation, rising interest rates and rising cost of living are resulting in severe macroeconomic and financial instability, the President stated, adding that “what is clear, he pointed out, is that the ensuing damage cannot be cured so easily with the limited fiscal tools at our disposal and national policy adjustments,” he added.

‘Church is for love': Gay Ugandans send message to Pope 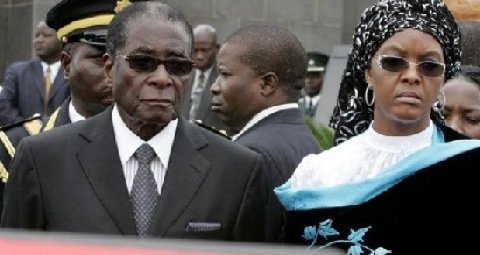