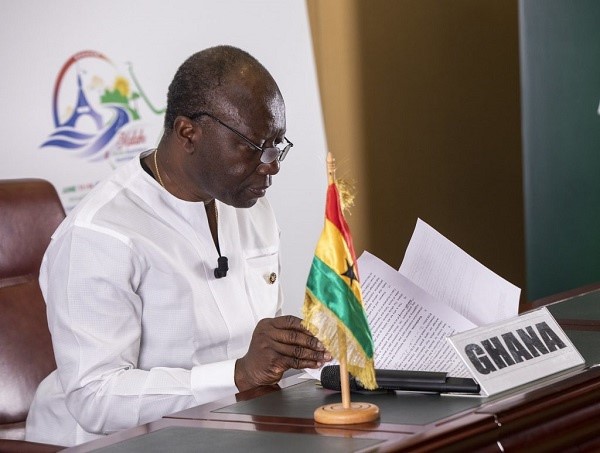 According to him, the Akufo-Addo government has implemented measures such as pay cuts and other initiatives, as well as programmes to address the economy’s core difficulties.

He made it clear that Ghana would not seek a bailout from the IMF. At a press conference in Accra on Thursday, May 12, Mr Ofori-Atta was asked by a foreign journalist whether Ghana would contemplate returning to the IMF.

“All the white guys are merely interested in us entering the IMF programme,” he replied in response to the inquiry. “I’m constantly curious as to why.”

“We are members of the fund, and the fund has made two big interventions in our lives. The first is the advice we receive as a result of the fund’s exceptional experience, and the second is the programme interventions that provide us with resources.

According to the finance minister, he believe the issue of Ghana’s capacity to think through the consolidation process remains, as evidenced by the budget we established for 2022 and the subsequent announcement we made.” Also, discipline itself in terms of the 20%, etc., that we have demonstrated.

He further stated that Ghana vowed not to return to the fund because in, terms of initiatives and policy, we are right there, and the fund recognises we are absolutely in the correct way,” he added. The difficulty is confirming the programmes we’ve put in place, and then, in my opinion, assisting us in finding alternative means to finance or re-finance our debt, and thereby reprofiling it.

According to the minister, the government has implemented measures such as pay cuts and other initiatives, as well as programmes to address the economy’s core challenges.

Ken Ofori-Atta had already said categorically that Ghana would not seek assistance from the IMF to address the issues that the local economy is facing. He said a return to the Bretton Woods institution will have dire implications at the 3rd Townhall meeting on the E-levy on Thursday, February 10 at the Radache Hotel in Tamale, Northern Region.

He also stated that Ghana was capable of increasing domestic revenue for development. Instead of relying on the E-levy for revenue, the government was urged to return to the IMF for assistance. Dr Mark Assibey-Yeboah, a former Member of Parliament for New Juabeng South, believes that a return would help Ghana’s faltering economy