WASHINGTON, D.C. – As the nation pauses this Memorial Day to remember fallen service members, a native of Nigeria, has special responsibilities honoring fallen comrades in the nation’s capital with the U.S. Navy Ceremonial Guard.

“I’m a member of the firing team, so we are one of the last set of honors rendered to a deceased service member,” said Seaman Michael Akinlabi, who joined the Navy two years ago. “Before Taps is played and the flag is presented to the next of kin, we fire our rifles in a salute.”

Established in 1931, the United States Navy Ceremonial Guard is the official Ceremonial Unit of the U.S. Navy and is based at Naval District Washington Anacostia Annex in Washington, D.C.

According to Navy officials, the Ceremonial Guard’s primary mission is to represent the Navy in Presidential, Joint Armed Forces, Navy and public ceremonies under the scrutiny of the highest-ranking officials of the United States and foreign nations, including royalty.

Sailors of the Ceremonial Guard are hand selected while they are attending boot camp at Recruit Training Command in Great Lakes, Illinois. Strict military order and discipline, combined with teamwork, allow the Ceremonial Guard to fulfill their responsibilities with pride and determination. They are experts in the art of close order drill, coordination and timing.

Growing up in Nigeria, Akinlabi attended Moret Comprehensive College and graduated in 2016. Today, Akinlabi uses skills and values similar to those learned in Nigeria.

“Growing up was different because I grew up in Nigeria,” said Akinlabi. “ One of the most important lessons I learned was to be willing to learn, how to understand what I was supposed to be doing, and figure out how to do it.”

These lessons continue to help Akinlabi while serving in the military.

The Ceremonial Guard is comprised of the drill team, color guard, casket bearers and firing party.

Serving in the Navy means Akinlabi is part of a team that is taking on new importance in America’s focus on rebuilding military readiness, strengthening alliances and reforming business practices in support of the National Defense Strategy.

“The U.S. Navy trains and works hard to defend our way of life from any and all adversaries, no matter where they may be,” said Akinlabi.

With more than 90 percent of all trade traveling by sea, and 95 percent of the world’s international phone and internet traffic carried through fiber optic cables lying on the ocean floor, Navy officials continue to emphasize that the prosperity and security of the United States is directly linked to a strong and ready Navy.

Akinlabi and the sailors they serve with have many opportunities to achieve accomplishments during their military service.

“My proudest accomplishment so far is becoming a fully qualified Guardsman,” said Akinlabi.

As Akinlabi and other sailors continue to train and perform the missions they are tasked with, they take pride in serving their country in the United States Navy.

“The U.S. Navy is the greatest Navy in the world, serving in it is the opportunity of a lifetime,” added Akinlabi. “It is a chance to serve and help defend the Nation from all enemies, foreign and domestic. I don’t take being part of the Navy for granted, it is a great responsibility and a great honor.” 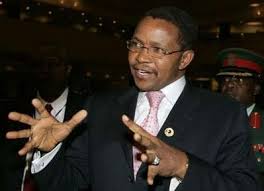