The Supreme Court of Appeal in Blantyre has dismissed an application by former President Bakili Muluzi over the MK1.7 billion ($1 Million) corruption case which has dragged on for over 12 years.

Muluzi appealed to the Supreme Court of Appeal challenging constitutionality of Section 32 subsection 2 (c) suggesting it infringes on the rights of the accused as it rests burden of proof to the accused.

Muluzi argued that application of the section in his case violates an accused person’s right to be presumed innocent until proven guilty.

Today, Chief Justice Rezine Mzikamanda and Justices Lovemore Chikopa and Frank Kapanda have dismissed the application in its entirety saying the section does not impose any obligation on accused person to prove their innocence.

The ruling implies that the case will continue at the High Court.

Section 32(2)(c) of the Corrupt Practices Act says if a person is found in possession of unexplained property, being property that exceeds one’s known sources of income and the person does not provide an account for it, it is presumed that the property or income was obtained corruptly.

In reaction, Attorney General, Thabo Chakaka Nyirenda, said the ruling sets precedence to other corruption cases in which public officers are accused of accumulating questionable wealth.

Muluzi was first arrested in 2006 and again in 2009, on charges of stealing millions of dollars in donor funding, and many hailed his arrest as a bold move towards fighting graft in a country that’s been held back by corruption.

It has been alleged he diverted donor money from countries like China, Libya, Morocco and others into his personal account. 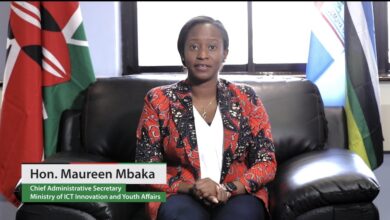