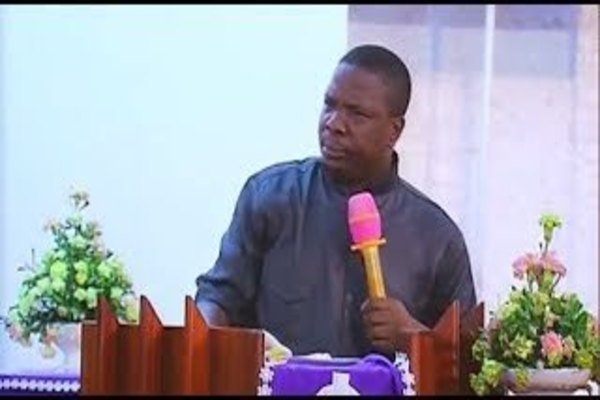 A renowned Tanzanian pastor Daniel Mgogo’s claims that the only person one can trust in Kenya is a dead man or woman has elicited mixed reactions among Kenyans.

In a sermon delivered at Deliverance Church in Utawala, Nairobi, the man of God bluntly stated that Kenyans’ cunning character is a source of concern, particularly among Tanzanians. He went on to say that Kenyans do not trust their countrymen because of their increasing cunning nature.

“No one can be trusted in Kenya. The only thing that can be trusted is the corpse lying in the casket, which is still not 100% suspicious, so the deceased’s body is often protected,” he explained.

According to pastor Mgogo, the bodies are guarded because the person in the casket may have just fainted or maybe faking dead and waiting for the right moment to wake up and steal from others.

“In Kenya, everyone believes that anyone around them is a thief, which is why, even as the General Election approaches, you strongly criticize better leaders on the assumption that they may be “hiding something” and end up voting actual crooks,” he said.

A section of Kenyans rebutted the cleric’s claims, alleging that he is mistaking the aggressive nature of Kenyans. They further accused him of being judgmental and called on the Ministry of Interior to immediately extradite him.

“This man cannot be allowed to come and abuse us in our own house. I will deny such purported truths as long as they are foreign engineered,” said Petterson Gitachu.

“He has already judged. What kind of pastor this?” asked Lucy Mbari.

“So, three-quarters of his sermon was about Kenyans. The spirit of God wasn’t leading him,” claimed Bella Nyager.

However, some Kenyans hailed the man of God’s allegations branding them as “naked truth”. They said a whopping percentage of Kenyans hate the truth and love hiding behind religion, tribe and politics.

“I’ve had several interactions with Tanzanians both here and in their country, and one thing stands out. They are typically shy and apprehensive in the sight of a Kenyan, as if they don’t know how to behave. Therefore, this preacher is telling the truth,” Said Ali Ireri.

“The man is just speaking the truth, but we Kenyans usually hate the truth,” added Gakuta James.

How Covid-19 is changing our shopping habits | CNBC Reports