By Chief Charles A. Taku 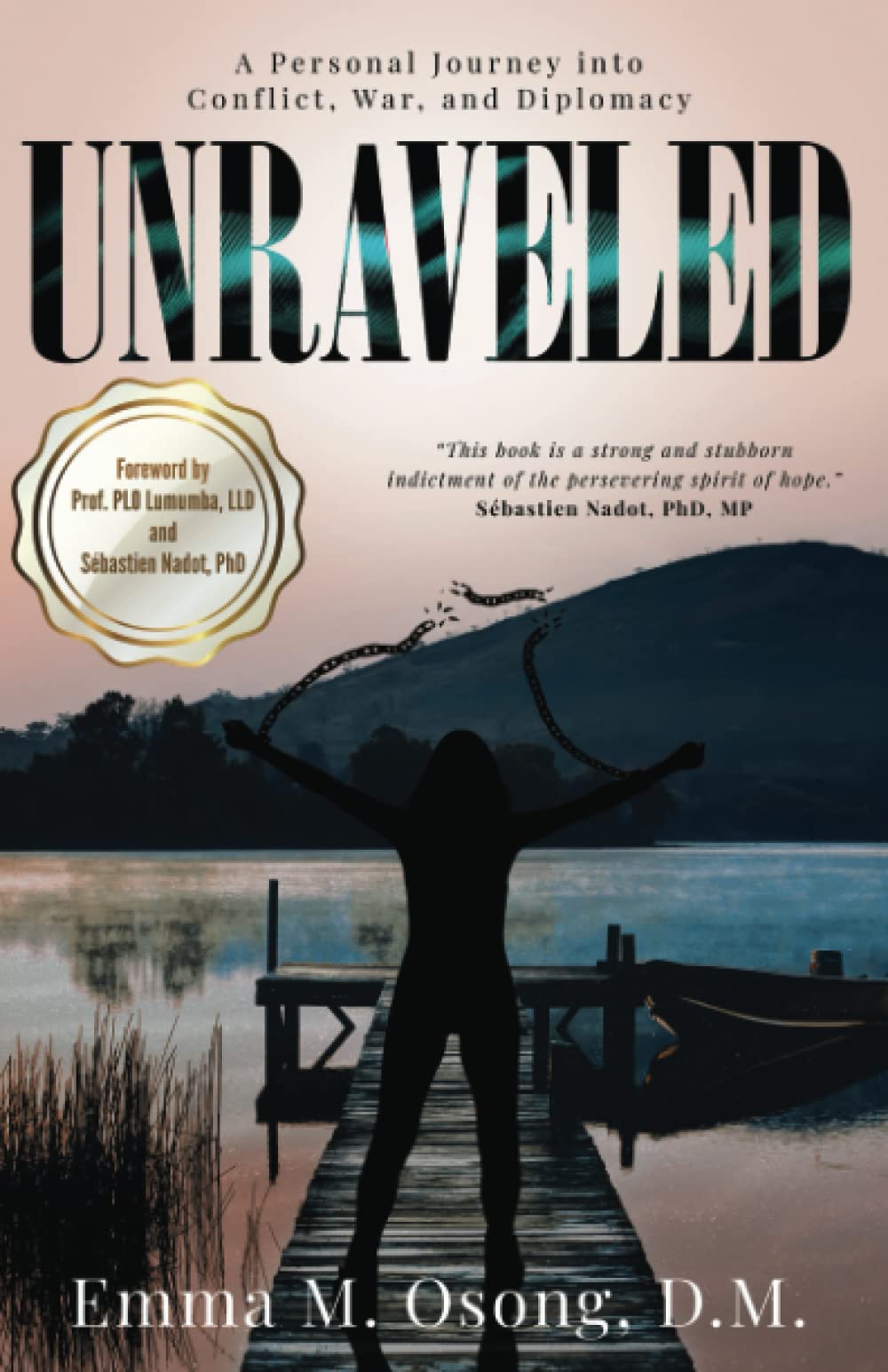 “ We were taught to avoid being troublemakers . We were  taught to believe that it’s no big deal and that others know best. I’m here to tell you that you have been lied to your entire life p.73 No matter where you are in the world, though the pathways of life are through conflict, you’ve been indoctrinated into false beliefs about yourself and the world around you. It is time to uncover the truth. It is time to look within and uncover why. P 73&74 “

The  space where I am announcing this endorsement, has been dedicated March 8, every year, to the memory of my late friend Dr Bate Besong whose life was snatched from us on the so-called Douala-Yaoundé Express Grave way on 8 March 2007.  March  8 is also the international women day.

Unlike many countries in the world, the International Women Day  is celebrated in  the Republic of Cameroun for a reason which is inconsistent with honouring women. On this day and occasion , every year in Cameroun, women victims of atrocity crimes are mobilized to celebrate criminal policies which have enslaved, dishonoured  and  victimised them.  The ceremony this year is once more occurring on the blood of thousands of victims of sex and gender based crimes and other forms of atrocity crimes  targeting women and the girl  child.

The day is an occasion on which traitors, blood mongers and genocide masterminds, fronting as women leaders, politicians, intellectuals and false peace activists will, under tight military supervision, celebrate and dance on the unmarked tombs of thousands of  innocent women and children  who have been slaughtered  in a bloodletting campaign for the sustenance of a regime of personal power which is baying for more blood even on this day and on this occasion.

The memory of my dear friend and the commemoration of the International Women Day will be celebrated differently today.  The events will be commemorated by endorsing the book “Unraveled: A Personal journey into conflict, war and diplomacy by Dr Emma Osong, D.M “. I will provide a complete statement of my endorsement through a review which I intend to publish later.

For the present purpose, I wish to state that as a committed writer, Dr Emma Osong wrote for a world-wide audience.  Unravel is a strong indictment of the Post World War Two international peace and security architecture which has failed to live up to its promises to humanity. The failure of the United Nations and the international community to intervene in the genocidal war in the Southern Cameroons  is a tacit endorsement of impunity and atrocity crimes. Going by the world-wide mobilisation against the invasion of Ukraine and crimes against civilians not taking part in the conflict, the allegation of discrimination by the UN system and the international community is well-founded.  The United Nations bear responsibility for the root causes of the conflict and is primarily responsible for failing to find a solution.

Dr Emma Osong writes:  “ When it comes to Africa and its own version of tribal wars, the global north throws out their political play book”. p 301

Colonizers want a nation that secures their freedom to oppress and dismantle cultures, families, and individuals. They demean, silence, and kill resistance. Exploitation brings poverty, downtrodden people, and lack of hope. Slowly, the oppressed forget the riches that have been stolen and the culture and language dismantled, new ones imposed, imbued, and the new way of life creeps in. p.213.

“There is one school of thought among conflict experts, and that is to give war a chance. It is insidious to think in such terms but a theory nevertheless.  Some call it conflict ripeness. Why not let the war drag on and get more decisive victory before diving headlong into mediation in hopes of achieving some compromise only for the parties to a conflict to balk at a deal and return to fighting because they believe in wining outright?”  P 302

There is not a single crime which Russia has committed against Ukraine which Cameroun has not committed in the Southern Cameroons.  “ We were taking the brunt and genocide . Our villages lay in ruin, and many of my family were displaced or living in terror “P 278

“Peace” Dr Emma Osong writes “ is serenity of spirit. It can be attained through sheer willpower as it can be enforced through fiat. It is an ephemeral state when not emanating from and supported by just systems, processes and institutions.  This means that, for there to be peace, conflict must be resolved and injustices addressed”.

The Church and the state are intricately intertwined, making it difficult for the masses to think beyond the religious lens. Everything is to be prayed about, to be left to God to fix, or to be the work of an angry God. P. 306.

The author enjoins this generation to find sustainable solutions  because: “posterity will not forgive our generation if we do not correct the historical and legal wrongs we suffer. War knows no friend. p299   And that “a child can indeed, teach a mother. I am a believer in the ancient wisdom that when a student is the reader, the teacher will appear”. P 309

Dr Emma Osong holds the strong believe that  the pathways of life are through conflict(p.73). A significant conflict which she had  with a  ferocious opponent, who  she fought and won is the health insurance industry. This relates also to the miraculous improvement in the life of her daughter Praxie.  On this, she writes,  “many people would read my story and praise my strength in caring for my daughter during her illness. In reality, my daughter is the one reason why I was able to harness strength in the face of so many crushing blows”. P.73

The foreword to the book is written by Prof. PLO Lumumba,  LLD and Sabastien  Nadot ,PhD.  Prof Patrick Lumumba is an acclaimed international lawyer and distinguished author. Sabstien Nadot is a well-respected French politician and member parliamentarian.

I will provide brief excerpts  from the forwards written by them.

Professor Lumumba writes: “In Unraveled, Emma peels the different layers that  characterise the festering wound that is the conflict in the Southern Cameroons”.

Dr Sabstien Nadot writes: “Unraveled: A personal journey into Conflict, War and Diplomacy is a critical mirror on the individual and collective life of a people in profound crisis, conflict, war and atrocities. Dr Emma Osong has cast a wide net for the facts underpinning these grave conditions which she has chronicled in this book”.

The following excerpts from the back page, also caught my attention:

“The worlds collide in this emotional journey that  provides a blue print on how to promote peace and justice amid time of  war”.

“Emma Osong is an example of how mothers , daughters and sisters, through the trials of violence and exclusion mobilize inner resilience transforming themselves into political leaders and warrior for peace”.

“An exciting and profound story that sparks determination and choices”.

“Dr Emma Osong is relentless in her commitment to equality and justice; her intellectual and political openness are embedded in all the struggles she describes”.

I wish to congratulate Dr Emma Osong for publishing this book in time of dire need. She is a keen observer and  objective chronicler of events in which she is also a victim in multiple occasions.

Unraveled should be a bedside catechism for all classes of persons. The originality of the style in which the book is written, the fair labelling of the facts and issues discussed in it, have greatly enhanced the quality of the book. It is a significant contribution to knowledge, scholarship and international conflict resolution. The book highlights the Africa dilemma within the new world political, economic, social and cultural order.

*Chief Charles Taku is Lead Counsel at the International Criminal Court. The book is available at Amazon

Q3 earnings: What to expect from Ghanaian banks

Forces in the current power struggle in Nigeria